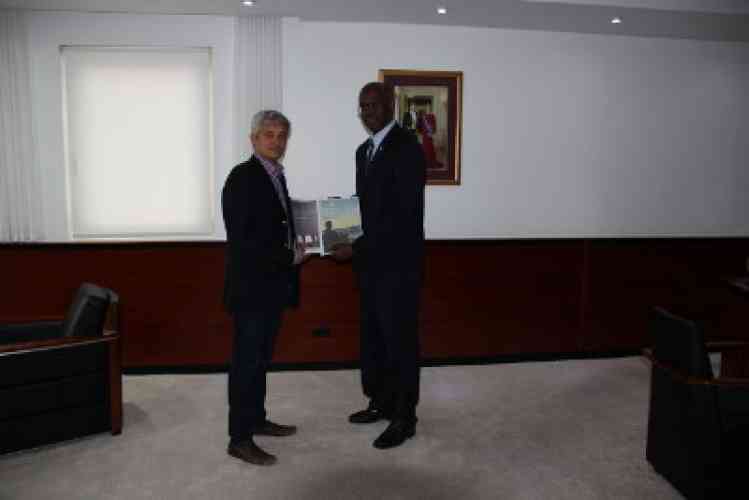 Harbour View:— On June 22, 2018, His Excellency the Governor of Sint Maarten, drs. E.B. Holiday, received the final report from formateur Theodore Heyliger.
The formateur has accepted the commission to form a new government supported by as broad a majority in Parliament as possible. Based on the coalition agreement signed on April 5, 2018 the new government is supported by the UD-fraction and the SMPC-fraction in parliament and consists of Ministers who are committed to the promotion of the wellbeing of Sint Maarten. The new government will in its governing program entitled: “Building a sustainable Sint Maarten” focus on rebuilding a vibrant economy, restoring a strong social fabric and promoting a resilient sense of community through the finalization and implementation of the national recovery and resilience plan in cooperation with the Netherlands and the World Bank. This includes giving priority to amongst others: employment, home repairs, the sanitary landfill, safety and security, disaster management and Kingdom relations.
Candidates for the various portfolios have been vetted based on the pertinent regulations regulating the pre-screening of candidates before nomination (National Decree Appointment procedure candidate Ministers and candidate Minister Plenipotentiary, May 22, 2013, No. LB-13/0442). The formateur has nominated the following persons for appointment:

The Governor has scheduled the appointment and swearing in of the Ministers on Monday, June 25th, 10:00 hours, at the Governor’s Office. After the ceremony, the Governor and the newly appointed Ministers will have the constituting meeting at the Government Administration Building.

November 28, 2020
0
PHILIPSBURG:— The Sint Maarten Police Force together with the Gendarmerie will be conducting joint control during the upcoming weeks. The control will focus on...

November 28, 2020
0
PHILIPSBURG:— As of November 28th, there were nine (9) persons who tested positive for COVID-19; however, there was a recovery rate of eleven (11) persons; bringing the total active cases to ninety (90). The total number of confirmed cases...
Read more