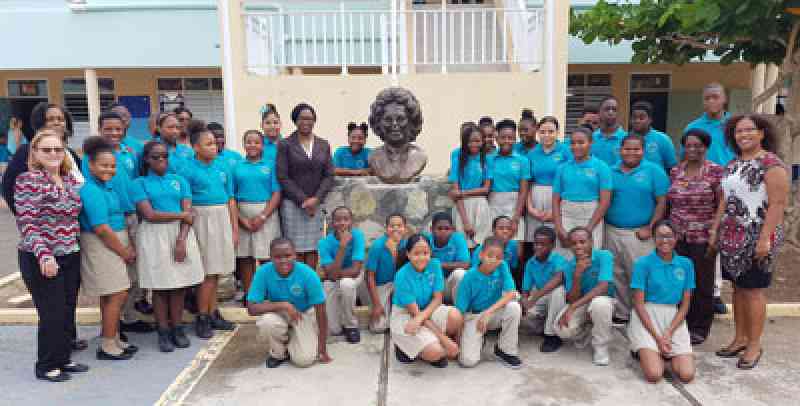 HOPE ESTATE:— On Thursday morning, the Grade 6 students of the Marie Genevieve de Weever School in Sucker Garden that is currently preparing to sit the FBE exams later this year received a motivational talk from Prime Minister Leona Romeo Marlin. Prime Minister Romeo Marlin fulfilled an earlier promise made to school management in February when the motivational address had to be rescheduled due to her visit to the Netherlands & Brussels.

Upon arrival to the classroom, the Grade 6 students greeted the Prime Minister warmly, “What do you want to be?” was the first question the Prime Minister asked. Computer games designer, carpenter, singer, female police officer were just some of the careers that the students replied.
By making the necessary sacrifices now and putting in the time to read and study you will achieve your goals. “Failure is not an option…You can do it … give it your best” said Prime Minister Leona Romeo Marlin.

Together with the Grade 6 students the Prime Minister recited “Try try again” a poem written by T H Palmer, which goes as follows;

This is a lesson you should heed,
If at first, you don’t succeed,
Try, try again

Then your courage should appear,
For if you will persevere,
You will conquer, never fear,
Try, try again

Once or twice, though you should fail,

If you would at last prevail,
Try, try again

If we strive, ’tis no disgrace,
Though we do not win the race,
What should you do in the case?
Try, try again If you find your task is hard,

Time will bring you your reward,

All that other folks can do,
Why, with patience, should not you?
Only keep this rule in view,
Try, try again.

The Prime Minister Romeo-Marlin told the youngsters that as a child she wanted to be a banker just like her father but soon realized banking was not her calling but with perseverance she continued on with her studies in Political Science which has led to a career in politics and the opportunity to hold her current position as Prime Minister of Sint Maarten.

At the end of the session the students sang the Marie Genevieve deWeever School song in appreciation of the visit by the Prime Minister. 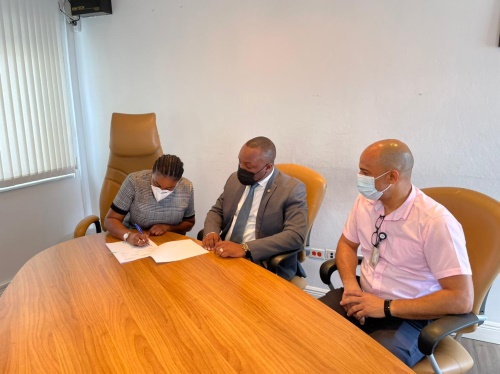 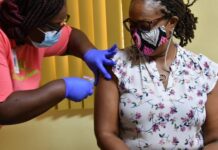 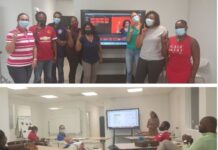