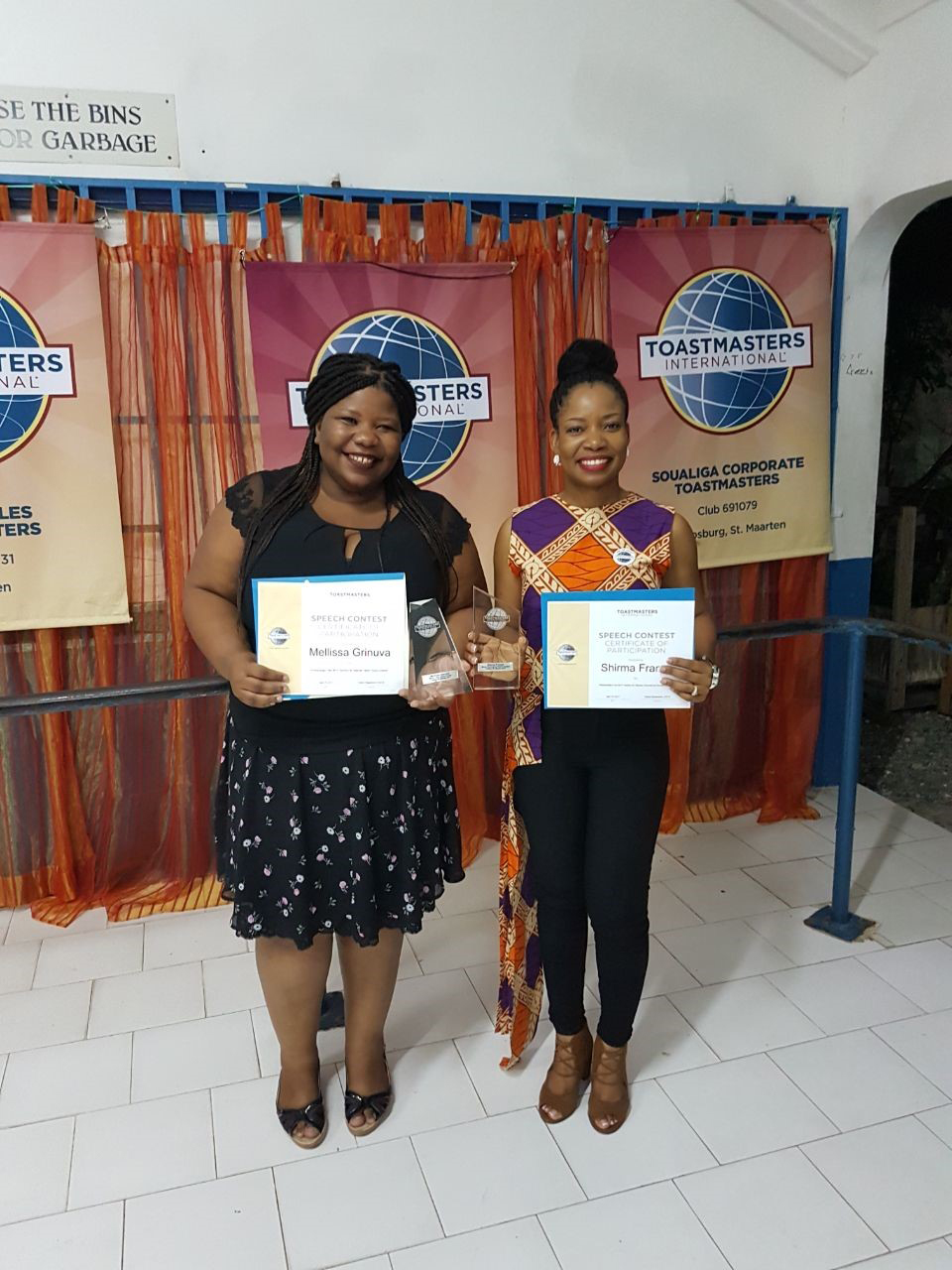 PHILIPSBURG:—: On April, 7th 2017, the St. Maarten Toastmasters hosted their territory International Speech and Table Topics contests. Toastmasters is an international non-profit organization that fosters communication and leadership skills through practice, evaluation and training.
Toastmasters Patricia Jardine, Shirma France, Mellissa Grinuva and Sherika Ramsey were victorious in the speech competitions first at club level, then Area level before qualifying to move up to territory level where they vied for the opportunity to represent St. Maarten at the District level.
In the International Speech contest category, Mrs. Patricia Jardine inspired the audience with a call to action to “Never give up on your dreams” and Mrs. Shirma France presented her winning speech entitled “Culture Shock” in which she shared her experiences and tips on how to deal with this phenomenon.
In the Table Topics category, Miss Sherika Ramsey and Mrs. Mellissa Grinuva were challenged to provide a 2-minute extemporaneous speech on the statement “The dump is on fire”. The two speakers presented similar viewpoints on the topic however it was Mrs. Mellissa Grinuva who took home the trophy with a commanding presence.
Mrs. Shirma France and Mrs. Mellissa Grinuva will be representing St. Maarten at District level where they will be competing against Toastmasters from other Caribbean islands during the District 81 Conference hosted in Barbados in May 2017.
In the International Speech Contest category, the winner of the District contest will move on to compete at the Toastmasters International Convention in Canada in August 2017.
Division E Director, Kathia Magdeleine, commends the four participants for having the courage to deliver before an audience. She also congratulates the two winners and encourages others to come out and support them at the conference. Registration can be done through the Caribbean Toastmasters website https://www.caribbeantoastmasters.com/register-for-district-81-conference.