Home Local News Human trafficking on Curaçao on the agenda with US State Department. 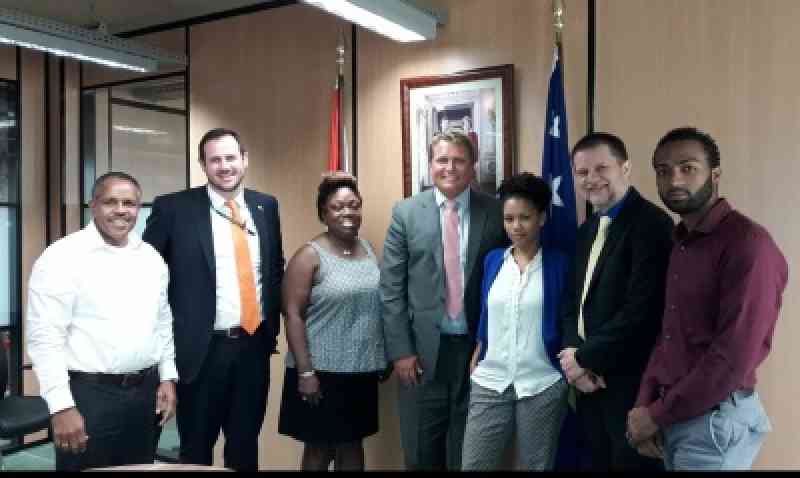 WILLEMSTAD:— On Wednesday, October 24, 2018, the desk-officer of the State Department of the United States in charge of the Caribbean and Dominican Republic, members of the US Consulate and representatives of the Public Prosecutor’s Office (OM), the Ministry of Justice of Curaçao, the Directorate of Foreign Relations (DBB) in Willemstad and the Victim Support Curaçao met in order to discuss the problem of human trafficking in Curaçao. The meeting had an introductory character in which the approach to trafficking in Curaçao and the possibilities for cooperation with regard to this approach were on the agenda.

Important other themes that emerged during the consultations were the three P’s (protection, prosecution, prevention), which focused on pending criminal investigations, the care of the victims that emerged from these investigations and the provision of information to the public in the framework of awareness and prevention.

Curaçao has been on TIER-2 status for years when it comes to dealing with human trafficking. This means that the government has taken steps to tackle this crime phenomenon. With improved cooperation in this area, the aim is to achieve and maintain the TIER-1status.