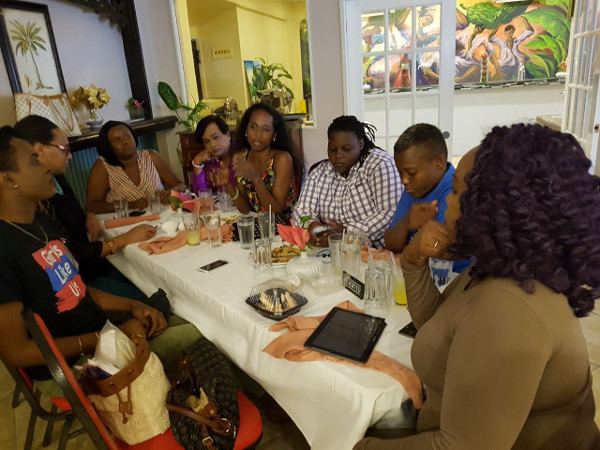 CASTRIES, St. Lucia:— During the 5th Annual Caribbean Women and Sexual Diversity Conference, held during the first week of October 2017, on Saint Lucia, trans-men and women from across the region convened to form a new Transgender Caucus Group.
This year’s CWSDC was the first time that such a representative group of transgender activists from different parts of the region were together in one location, and they made the most of the opportunity. Activists took the initiative to hold dialogue about moving forward during two lunch-time meetings during the conference. This was initially chaired by Alexus D’Marco, the Caribbean representative of REDLACTRANS and Vice-Chair of PANCAP’s Steering Committee on Youth Advocacy. Subsequently, an interim management team guided discussions.
The new management team is tasked with reaching out to potential members among transgender activists and advocacy groups in the region, community mobilisation and education of transgender persons and the wider LGBQ+ community. The team consists of some eight persons from The Bahamas, Haiti, Jamaica, Guyana, Antigua, along with an advisor from Fiji.
The initial CWSDC-5 group was constructed to give voice to transgender persons in the region and to ensure that discussions on human rights, social equality and sexual and reproductive health are inclusive of trans-men and transwomen’s issues in the Caribbean.
“These persons now have a seat at the table of decision-making and visibility and are available for front line advocacy,” Notes D’Marco. “There is now greater visibility and unity among trans-people in Caribbean and as a group we will be moving forward, upward, onward and together as one Caribbean voice. We may all be from different Caribbean countries, but as the meetings demonstrated, our issues are all the same.”
The organisers of the CWSDC, which had as its theme, “Self-development for Community Empowerment”, are pleased that the trans-persons in attendance made use of the opportunity to connect and took the lead with the establishing of this new group.
“At the CWSDC, we made the decision a long time ago to be as inclusive as possible and are proud of these individuals for seizing the moment to create this entity which will work towards improving the lives trans-persons across the Caribbean. We expect to hear great things from them in the months ahead and will definitely continue to support their efforts,” Kenita Placide of the Eastern Caribbean Alliance for Diversity and Equality (ECADE) said.
The CWSDC was organised and executed by ECADE, a regional human rights organisation, with support from United and Strong of Saint Lucia and UWI IGDS Cavehill this year. It hosted some 50 plus activists and presenters from 20 countries.