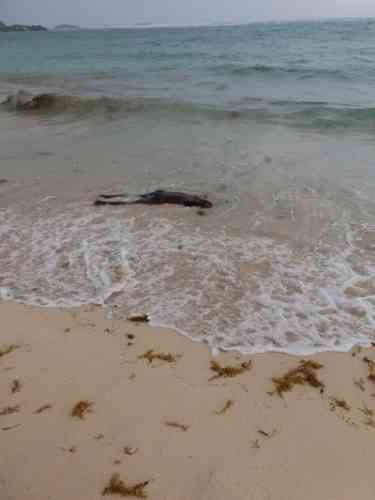 Oyster Pond:— A video circulating on Social Media shows Gendarmes pulling a lifeless body out of the sea. The male seems to have drowned.
Colonel Sebastien Manzoni confirmed that the body was found in the sea on the way to Oyster Pond. Manzoni said the discovery was made during the morning hours on Tuesday. He said the case is being viewed as a case of drowning. More information will be provided in a press release.