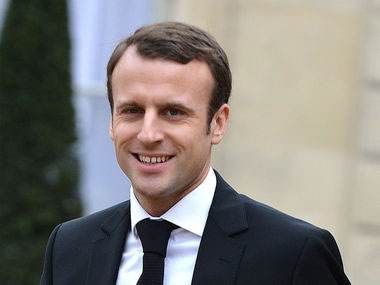 The pro-EU centrist Emmanuel Macron has won the French presidency with a decisive victory over the far-right Marine Le Pen that his supporters hailed as holding back the tide of populism.

Live French election 2017: Emmanuel Macron projected to win by 65.1% to 34.9% over Marine Le Pen – live
Independent centrist Macron has won by a wide margin, according to French state television estimates, as counting continues through the night
Read more
Macron, 39, a former economy minister who ran as a “neither left nor right” independent promising to shake up the French political system, took 65.1% to Le Pen’s 34.9%, according to initial projections from early counts.

“A new chapter in our long history has opened this evening,” Macron said in a statement. “I would like it to be one of hope and of confidence rediscovered.”

But Le Pen’s score nonetheless marked a historic high for the French far right. Despite a lacklustre campaign that ended with a calamitous performance in the final TV debate, she was projected to have taken 11 million votes, double that of her father, Jean-Marie Le Pen, when he reached the presidential run-off in 2002. The anti-immigration, anti-EU Front National’s supporters asserted that the party has a central place as an opposition force in France.

Macron, who has never held elected office and was unknown until three years ago, is France’s youngest president. He will next Sunday take over a country under a state of emergency, still facing a major terrorism threat and struggling with a stagnant economy after decades of mass unemployment. France is also divided after an election campaign in which anti-establishment anger saw the traditional left and right ruling parties ejected from the race in the first round for the first time since the period after the second world war.

François Bayrou, an ex-minister and Macron’s centrist ally said: “He is the youngest head of state on the planet” which “sends an incredible message of hope.” He added: “Macron is giving hope to people who had no hope. Hope that maybe we can do something, go beyond the [left-right] divide that no longer makes sense.”

Le Pen swiftly conceded defeat. She said she had won a “historic and massive” score which made her leader of “the biggest opposition force” in France and vowed to radically overhaul her Front National party. Her promise to “transform” her far-right movement, left open the possibility that the party could be expanded and renamed in an attempt to boost its electoral chances. It was a major step in the political normalisation of her movement.

The Socialist president François Hollande, who was once Macron’s mentor and had appointed him economy minister, said: “His large victory confirms that a very great majority of our citizens wanted to unite around the values of the Republic and show their attachment to the European Union and show France is open to the world.”

Turnout was projected to have been the lowest in more than 40 years. Macron’s victory came not only because voters supported his policy platform for free market, pro-business reform, and his promises to energise the EU coupled with a leftwing approach to social issues. Some of his voters came from other parties across the political spectrum and turned out not in complete support of his programme, but to stop the Front National.

In a political landscape with a strong hard left and far right, Macron faces the challenge of trying to win a parliamentary majority for his fledgling political movement En Marche! (On the Move) in legislative elections next month. Without a majority, he will not be able to carry out his manifesto promises.

After the Brexit vote and the election of Donald Trump as US president, the race for the Élysée was the latest election to shake up establishment politics by kicking out the figures that stood for the status quo, ejecting the mainstream parties that have dominated French politics for 50 years and leaving the political novice Macron to do battle with the far right.

His victory comes after a bitter campaign with Le Pen in which she accused him of being part of an elite that did not understand ordinary people, and he said Le Pen represented the “party of hatred” that wanted a “civil war” in France. The run-off pitted France’s most Europhile candidate against its most Europhobe.

In Brussels and Berlin, there was relief that Le Pen’s anti-EU, anti-globalisation programme has been defeated.

German Chancellor Angela Merkel’s spokesman said it was a “victory for a strong and united Europe”, while EU Commission President Jean-Claude Juncker said French voters had chosen a “European future.”

The British prime minister Theresa May’s office said she “warmly congratulates” Emmanuel Macron on his victory in the French presidential race and “we look forward to working with the new president on a wide range of shared priorities”.

Hours before the end of campainging on Friday night, Macron’s campaign was hacked, which Paris prosecutors are investigating. Hundreds of thousands of emails and documents were dumped online and spread by WikiLeaks in what his campaign called an attempt at “democratic destabilisation”.

Macron, a former investment banker and senior civil servant who grew up in a bourgeois family in Amiens, served as deputy chief of staff to the Socialist president, François Hollande, but was not part of the Socialist party.

In 2014, Hollande appointed him economy minister, but he left government in 2016, complaining that pro-business reforms were not going far enough. A year ago, he formed En Marche!, promising to shake up France’s “vacuous” and discredited political class.

The election race was full of extraordinary twists and turns. Hollande became the first president since the war to decide not to run again for office after slumping to record unpopularity with a satisfaction rating of 4%.

His troubled five-year term left France still struggling with a sluggish economy and a mood of disillusionment with the political class. The country is more divided than ever before. More than 230 people have been killed in terrorist attacks in little more than two years, the political class is questioning Islam’s place in French society, and more than 3 million people are unemployed.

The rightwing candidate François Fillon, one seen as a favourite, was badly damaged by a judicial investigation into a string of corruption allegations, including that he had paid his wife and children generous salaries from public funds for fake parliamentary assistant jobs.

The ruling Socialist party, under its candidate Benoît Hamon, saw its score plunge to 6%, while the hard-left Jean-Luc Mélenchon finished fourth.

The final round marks a redrawing of the political landscape, away from the old left-right divide towards a contest between a liberal, pro-globalisation stance, and “close the borders” nationalism. Le Pen has styled the election as being between her party’s “patriots” and the “globalists” she says Macron represents.