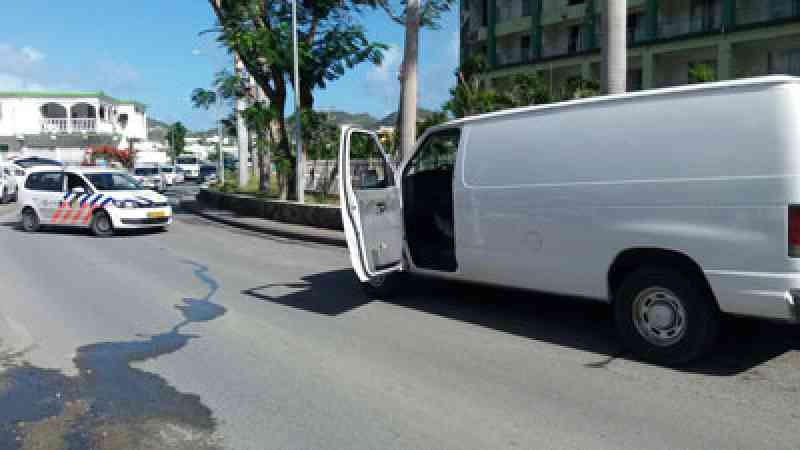 PHILIPSBURG:— On Friday, February 9th at approximately 02.45 p.m. information came into the Emergency Dispatch of two unknown men suspiciously loading a white panel-van with two large duffle bags. While loading the van an object which looked like a firearm dropped from one of these men.
Immediately after receiving this information police patrols were ordered to intercept this van which was driving in the direction of Philipsburg. Shortly after the panel-van with only the driver was stopped in front of the Sonesta Great Bay Hotel. During a search of the van two duffle-bags were found, each containing several large packages of compressed illegal drugs.
The male suspect was arrested on the spot and the van with two bags of illegal drugs was all confiscated for further investigation by the Detectives department.