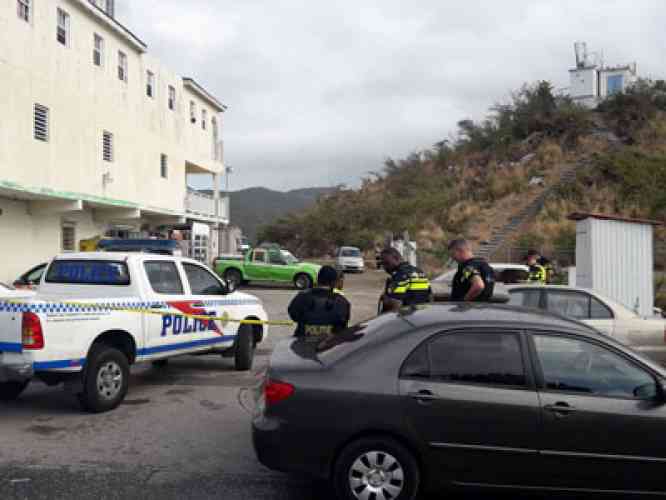 PHILIPSBURG:— Detectives are presently investigating a shooting incident which took place on Wednesday shortly before 07.00 a.m. in front of Fu Yung Supermarket located on Middle Region road close to Romeo’s drive. The first of several calls came into the Emergency Dispatch stating that an argument had taken place between two men which escalated into a fight. At one point during this confrontation, the suspect pulled a gun and fired several shots at the victim who took off running. The suspect briefly chased the victim through the area. The victim was later found bleeding from a wound to his upper body on Ginger Island Drive. The victim was treated on the scene by paramedics and then taken to the Sint Maarten Medical Center for treatment. The suspect in the meantime fled the area and was not arrested. The crime scene was secured by the responding officers for the Forensic Department to collect evidence and the Detectives to question witnesses. The victim is in stable condition has been admitted for observation. The reason for the shooting is still unclear. As more information becomes available the media will be informed.