Home Local News Members of Parliament sworn in — Government not yet formed. 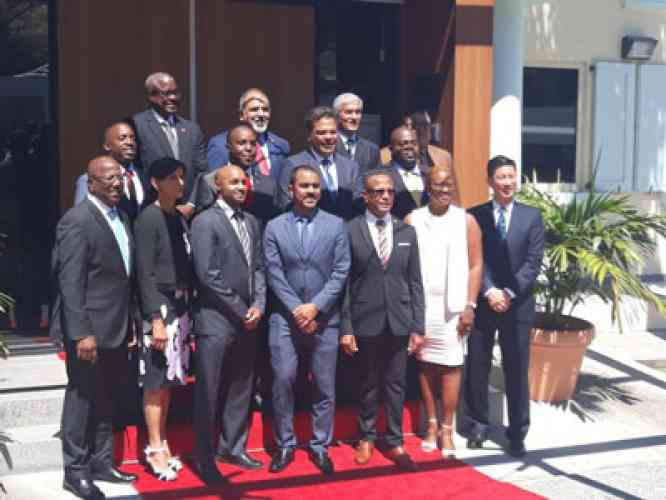 PHILIPSBURG:— The 15 Members of Parliament that was elected on February 26th took the oath at the Governor’s Office on Monday, April 2nd. Those that were sworn are 7 MPs coming from the United Democrats, 5 from the National Alliance, 2 from the United St. Maarten Party and 1 from the St. Maarten Christian Party.
While the new Parliament that is expected to serve for the next four years took the oath on Monday there is still no new development on the formation of a new government. The current caretaker government will remain in office until a new government is formed and appointed.
This is the fourth parliament to be sworn it since St. Maarten became a country within the Kingdom in 2010.