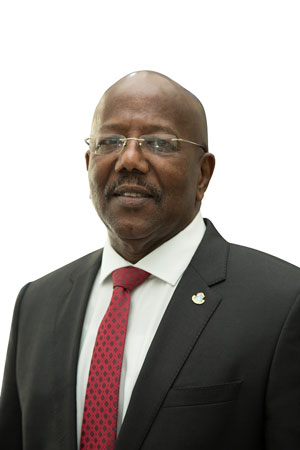 Fellow St. Maarteners,
Residents of our beautiful island,
And in particular, ALL the women of this land.

For over 100 years now, the world has been celebrating International Women’s Day, which began as a female workers’ struggle for shorter hours, better pay and voting rights. More than a century later, despite the great strides that we have made, gender equality, equal pay for equal work, and an end to violence, exploitation, and oppression against women remain elusive in many parts of the world, including here on our beloved St. Maarten. This, I believe, is perhaps why the theme chosen for this year’s celebration is: #beboldforchange.
Indeed, it would take a whole paradigm shift for us to change the condition of women in the world today. The myth that women are inherently and biologically inferior to men is on the basis of the pervasive gender inequality we are experiencing and as you know, myths die hard.
In the biblical creation story, God first created the universe and everything within it before He created man to have dominion over it. God then realized that this wasn’t going to work, so He created something better, woman, to complement men in such a manner that they would be co-proprietors and managers of the universe. Somewhere along the line, men usurped the joint authority and began to lord it over women.
The resistance against such usurpation of power is what we are celebrating today. Women have been pushing back and fighting the baseless prejudice against them with admirable strength and unfaltering spirit.
You don’t have to be a feminist to join in that struggle and be pro-women. In fact, nobody – man or woman – can seriously be anti-woman because that would be tantamount to being anti- one’s mother or wife or sister or daughter or…. Being pro-women is being a champion for social change, for equality, pure and simple, and for justice that is based on shared values and fairness. That is why women’s rights are, in my view, human rights.
Of course, in the world we live in today, women are still victims of domestic violence and of subtle and often not-so-subtle discrimination at home as well as at work. The liberation of women is, therefore, a task for ALL of us who believe freedom knows no gender or sexual orientation, no color or race, no religion or class; no nationality or ethnicity. That is why we are all called to be bold for change because women’s liberation is the expressway we need to take to reach the full potential of our communities.
To put it bluntly, no community, nay, no nation can claim to be civilized unless its women are equal participants in its development. In fact, no nation can achieve any meaningful progress unless its women are on equal footing with its men. Former UN Secretary General, Ban Ki-moon, was right when he said: “Countries with higher levels of gender equality have higher economic growth. Companies with more women on their boards have higher returns. Peace agreements that include women are more successful. Parliaments with more women take up a wider range of issues – including health, education, anti-discrimination, and child support.”
His predecessor in office, Kofi Anan, expressed similar sentiments when he declared: “Gender equality is more than a goal in itself. It is a precondition for meeting the challenge of reducing poverty, promoting sustainable development and building good governance.”
If, indeed, gender equality is a condition sine qua non to achieve good governance, shouldn’t we on St. Maarten, where good governance has become such a coveted political ideal, be bold and change our laws to guarantee equal representation for women in our public institutions?
We can beat our chests and proclaim to the whole wide world that St. Maarten women are strong; that St. Maarten women are well represented in all facets of our public and private lives. But we cannot deny the fact that they are often at the receiving end of sexist remarks or that few of them have broken the glass ceiling of corporate board rooms.
Yes, we have had and still have women in several professional fields including health, education, banking and politics. True, our first prime minister and president of parliament were women. But is that enough as a measure of gender equality?
International Women’s Day is meant to celebrate the achievements of our women, but it is also a day of introspection. And if we do an honest soul-searching, we should be bold enough to evaluate how we raise our boys and girls. The legendary feminist author and activist, Gloria Steinem once noted that “We’ve begun to raise daughters more like sons… but few have the courage to raise our sons more like our daughters.”
I believe that is the direction we should be going if we are serious about eliminating the gender gap. And we cannot hide behind our culture on this score. “Culture does not make people,” the Nigerian novelist Chimamanda Ngozi Adichie wrote in “We should all be feminists.” “People make culture. If it is true that the full humanity of women is not our culture, then we can and must make it our culture.”
I make bold to say that this is the kind of change that will transform our society and indeed, the world.
Happy International Women’s Day! 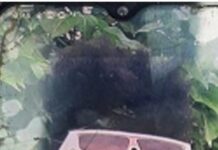