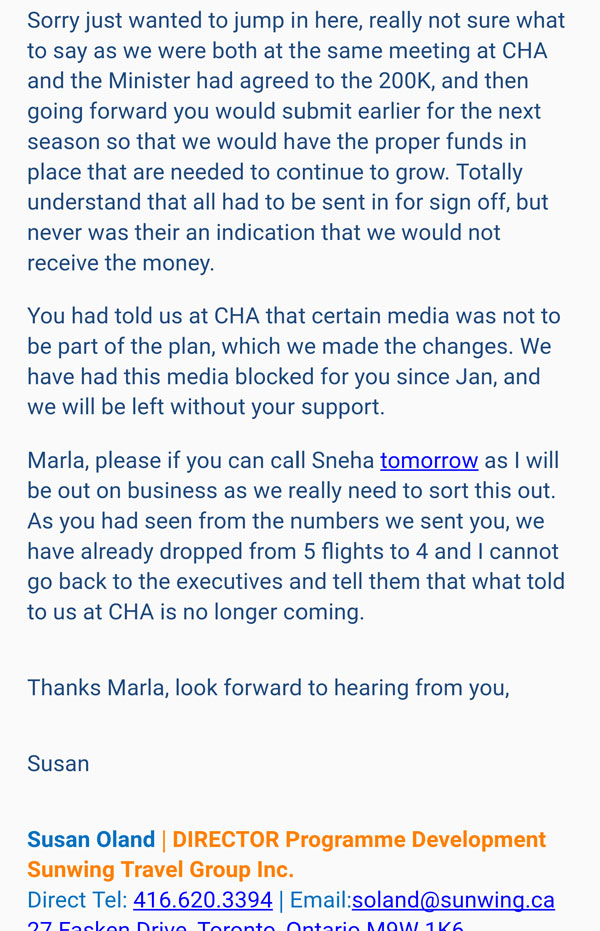 PHILIPSBURG:— The Minister of VSA Emil Lee on Wednesday lashed out at the media, specifically SMN News for publishing an article whereby he promises Sunwing Airlines $200K while in the Bahamas attending the CHA marketplace.

Minister Lee campaigned on good governance, openness, and transparency which he said other politicians lacked, yet the Minister is upset that the email that was sent out by Sunwing got in the hands of the media and suddenly he is concerned about internal documents being leaked to the media, while the Minister has his own cabinet staff leaking internal documents to those that he thinks will benefit him.

In the long statement addressing how he feels the media should operate the Minister calls on media houses to have guidelines, something his own cabinet does not have, instead they are busy micro-managing the various departments while not knowing the laws of health care and labor.

The Minister in his statement said persons should be given the opportunity to respond, exactly what he did two weeks ago in a press release where he stated that no gag- order was issued to the Inspectorate, a release SMN News published even though it was loaded with false information.

While the Minister vented his anger and frustration on the empty promise he made to Sunwing Airlines, he later read from an old email and not the email SMN News managed to obtain from hoteliers on St. Maarten that are quite upset with the Minister for several reasons.

Besides the Sunwing empty promise the Minister did not mention anything about his planned trip to the Bahamas where he had bought a ticket to attend the event on behalf of his business while being a Minister. Minister Lee also did not touch on the vacation days he was requesting to go the Bahamas and when he was asked to represent St. Maarten.

The article SMN News published while the Minister was abroad touched on several aspects and while the Minister claims that he is upset on one part of the email he did not touch on the other parts because he knows that SMN News reporter confronted him on this matter before and he admitted to having bought a ticket when he thought he was not going to a Minister since the NA and UPP had an agreement. He also admitted he did not cancel the ticket even after becoming a Minister but said he wanted to stay up to date with the tourism industry.

Since Minister Lee chose to use the wrong email to lecture the media and to continue fooling the people of St. Maarten SMN News chose to make the content of the email available for its readers.