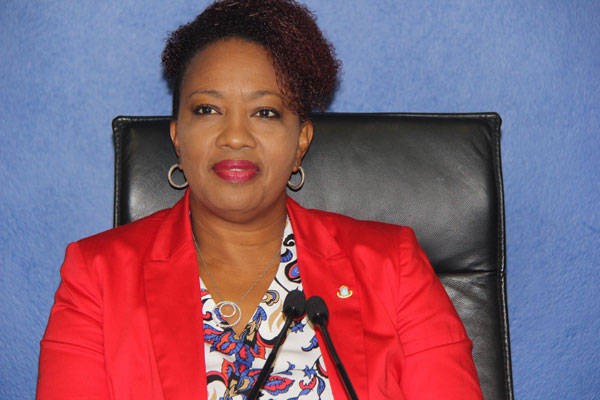 PHILIPSBURG:— Minister of Education Silveria Jacobs called on parents to take their responsibilities for their children seriously. The Minister said that school is currently open as of Tuesday and she was taken aback with a number of phone calls she received stating that the school buses and classrooms were empty. The Minister said that she is aware that the “Jump Up” was held on Monday night but parents have to know that the law strictly prohibits minors from certain activities and while the police cannot question every youth that took part in the jump up, parents have a key responsibility in ensuring that their children are at home at a certain time of the night and most off ensure they attend school.
She said some students are busy preparing for the high school entrance examinations and this period is very crucial for them. The Minister reminded parents and students that there is a time for everything and they should not move ahead of time.
Minister Jacobs also called on parents to pay keen attention to what their children are drinking and using this carnival season. The Minister was referring to drugs and alcohol. She said that while many may believe these things are not harmful to youths, studies show they are and that children that use drugs and alcohol at an early age do get affected because their brain is not fully developed.
Apart from that the Minister also said based on information she received from various school counselors that students are very open and have stated that they will settle their “beefs and disputes” during the carnival season since they know that they could get suspended if they fight in school. Minister Jacobs said that the carnival is promoted worldwide and everyone should know that settling “beefs and disputes” during the carnival festivities is not something they want to show the world.