Home Local News Minister of Justice expressed concern over the passing of young adult during... 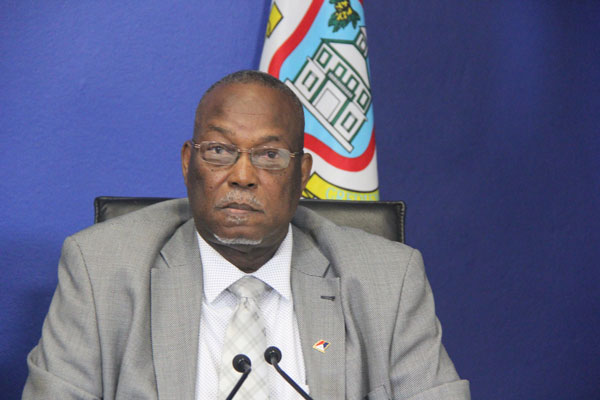 Young woman died of natural causes and not overdose on ecstasy.

PHILIPSBURG:— Minister of Justice Rafael Boasman expressed concern over the death of a young woman who participated in the Jouvert Jump Up and had to be rushed to the St. Maarten Medical Center (SMMC). The young lady whose photograph appeared on Social media stating that the young woman died from an overdose of ecstasy. The Minister of Justice said due to that incident the carnival celebrations damped. Also expressing concern over the death was Prime Minister William Marlin who said he heard of other stories where young women are falling sick after illegal substances are placed in their drink.
Marlin called on the Minister of Justice to get some undercover police officers to visit the establishments that may have been putting illegal drugs into customer’s drink. Asked if the body of the young woman was confiscated and if an autopsy will be conducted to determine the exact cause of death since it would be necessary for toxicology testing to be conducted to see whether or not the young woman died due to an overdose. Minister Boasman said that the only thing he knew was that the police have been investigating and he did not receive a report from them either the prosecutor’s office.
SMN News contacted the spokesman for the prosecutor’s office Norman Serphos who said that the doctor determined that the woman died of natural causes and not an overdose of ecstasy. Serphos made clear that based on the results of the from the urine test conducted at the hospital it showed that there were traces of ecstasy in the victim’s blood but it was not enough to cause an overdose or death. The spokesman for the prosecution further stated that the body has been released to the family for burial, as police and the doctors did not find any reason to continue the investigation even after questioning several persons.

Source: St. Martin News Network
Minister of Justice expressed concern over the passing of young adult during Jouvert Jump Up.