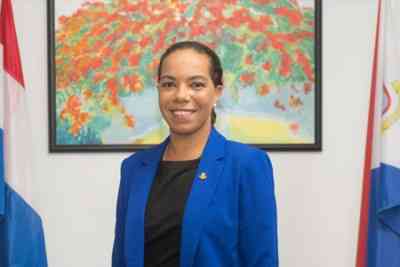 PHILIPSBURG:— After nearly 5 years of dispute, the Minister of Tourism, Economic Affairs, Traffic and Telecommunication (TEATT), Ludmila de Weever, mediated a long-standing stalemate between the Telem Group, Bureau Telecommunications and Post Sint Maarten (BTP) and the Government of Sint Maarten. The Minister achieved an amicable end to the stalemate that resulted in a settlement agreement for amounts owed by Telem to BTP and BTP to the Government of Sint Maarten. What appeared to be unresolvable for almost half a decade, took approximately 6 weeks to be finalized. The Ministry of TEATT can now grant the concession agreement to