Home Local News Minister of VROMI say he does not know that top civil servants... 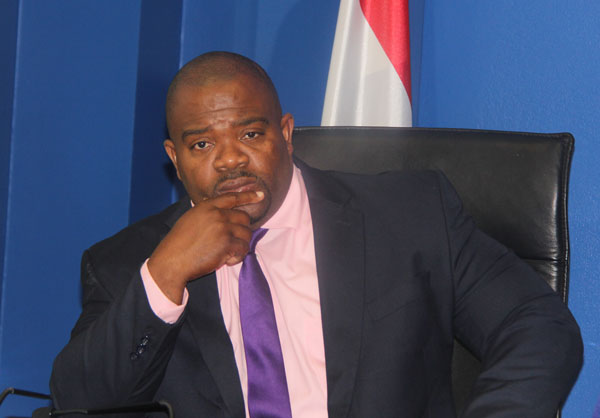 LMA article 55 is clear, no need for high councils would have approach government.

PHILIPSBURG:— Minister of VROMI Christopher Emmanuel in response to questions posed to him by SMN News on the appointment of civil servants to the supervisory boards of government-owned company and if this is a conflict of interest.

Minister Emmanuel said he does not know if appoint top civil servants to the supervisory board is a conflict of interest, but he does believe if it was then the high council of states on the island such as the SER, council of advice and even the governor or the Ombudsman would have pointed it out to him. He said these entities are meant to guide government and so far none of them drew his attention to this. He did say that since the question are posed to him both by parliament and the media then he has to conduct the necessary research to see if appointing civil servants to supervisory boards is a conflict.

The Minister even mentioned that he will look in the LMA (Landsverirdening Materieel Ambbtenarenrecht) to see if that is the case. Emmanuel said if that is not the case then government may have to look into making a policy to curtail the problem. SMN News asked the Minister if Buncamper’s appointment is a conflict of interest then what would he say about the Chairman of the Supervisory Board Roy Marlin who is the Senior Policy Advisor of VROMI. Emmanuel said that ever since he was a young man he knows that civil servants were appointed to Supervisory Boards of Government owned companies.

In article 55 of the LMA states that Civil Servants, or particularly groups of civil servants of a particular service may be forbidden by the competent authority to act as supervisory board directors, managers, partners, shareholders, or members of companies, foundations, or associations, to be designated by national decree, which regularly come into contact with, or could, by virtue of their structure, regularly come into contact with the relevant service. 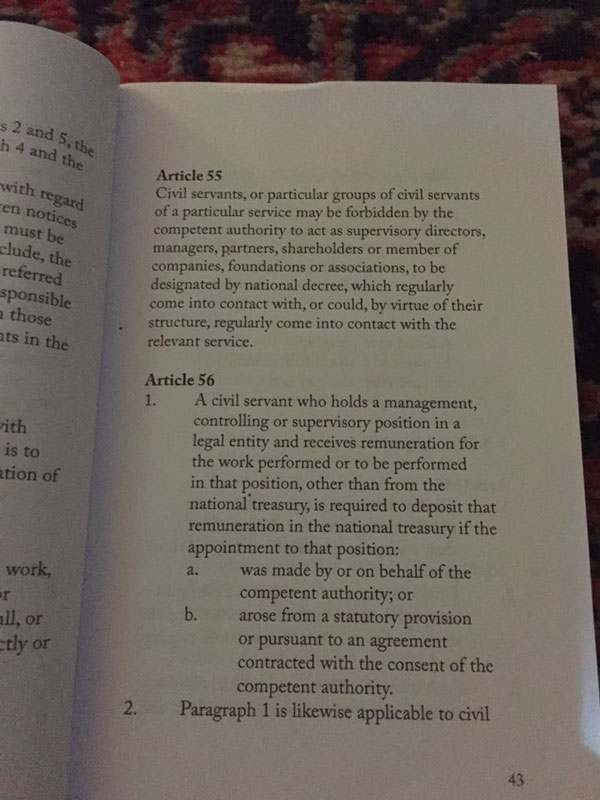 Based on this article alone in the LMA the Minister of VROMI and other Ministers that have civil servants on Supervisory Boards should remove them immediately as it is a conflict of interest, there is no need for any of the high council of state to draw this to the attention of government.

Source: St. Martin News Network
Minister of VROMI say he does not know that top civil servants could not be appointed to Boards of Government owned companies.