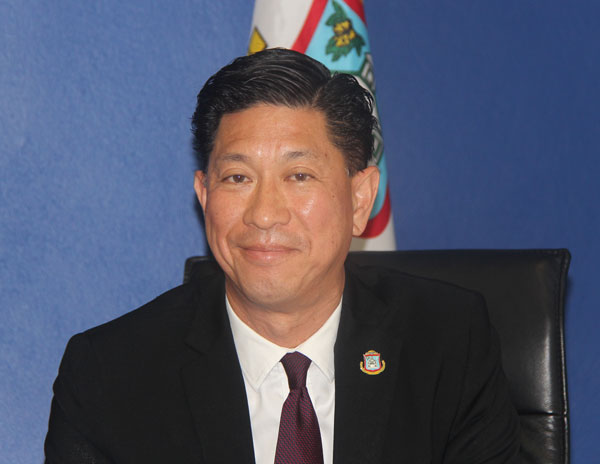 Reports on baseline study completed, good suggestions made, while it opens the door for discussions.

PHILIPSBURG:— Minister of VSA Emil Lee said in response to questions posed to him by SMN News that the new hospital project has not been delayed even know the General Director of SMMC left the island to attend to personal matters. The Minister said the contract has been signed and he is now at a stage where he trying to secure funding for the project. He said that the financing for the project is the next major hurdle that has to be crossed and he expects to conclude the financing discussions by the end of July.
Asked about the audit/baseline study conducted by the consultant he hired for SMMC, the Inspectorate and the Ministry of Health. Minister Lee was asked to give a conclusion of the report submitted by SMMC but he did not touch on the question, instead the Minister said he did receive the reports, and that each of the three entities that met with the consultant had the opportunity to review the report and make comments before the reports were finalized. He said now that he has the reports he sent them to each of the entity which would now open the door for discussions about the reports and how to act on the reports.
Asked if he is satisfied with the outcome of the study conducted by the consultants the Minister said that the reports include some very good suggestions which got his approval.
SMN News reminded the Minister that he called for this independent research after he said that the SMMC and the Inspectorate were having differences of opinion and they were not cooperating with each other. He said the reports have very positive suggestions and his intention is to get everyone on board with the same objectives which are to provide quality healthcare for the people of St. Maarten. He said what he has seen through the reports, the Inspectorate, SMMC and Public Health ( the department that grants licenses to specialists.) have looked at the reports objectively and have seen themselves in the reports. The Minister felt that the process went very well by getting people to talk to each other and how they can structurally fix the healthcare system.