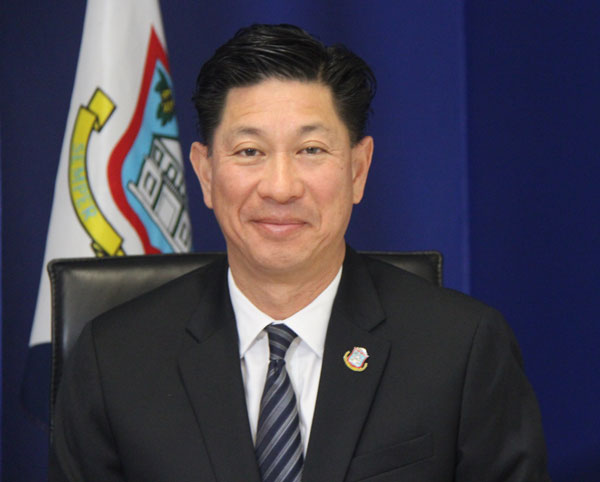 PHILIPSBURG:— The Minister of VSA Emil Lee announced on Wednesday during the Council of Ministers’ press briefing that his Ministry will be stepping up with controls to ensure that all businesses and or persons working on the Dutch side of the island are in compliance with the law. The Minister urged businesses to have all the necessary documentations such as their chamber registrations, employees’ files such as payslips on hand so they can provide them to the inspectors when they knock on their doors. During these controls, the Minister said he will be present to see how the controls are being conducted. He also said that since the controls were conducted at MAHO certain institutions that are supposed to participate in the controls are no longer participating.
Asked by SMN News for more clarity on the entities that will participate in the controls since the Minister is in charge of Labor and USZV, the Minister said during the Council of Ministers press briefing that he was not sure if USZV will participate even though they announced a few weeks ago that they have a debt that is in the vicinity of NAF 200M. Minister Lee said that if USZV cooperates with the planned controls it will more beneficial for all parties, he even said that the inspectorate (labor inspectors) do not have enough vehicles to do their jobs while USZV has vehicles that can be used.
Later Minister Lee said he consulted with the Director of USZV Glen Carty to see if they are going to participate in the controls that is scheduled to take place. Minister Lee said that Carty agreed for his inspectors (ATS) to participate in the controls and he even suggested to him that he too (Carty) should go along with the inspectors when they are going to conduct the controls.
However, the Minister of VSA still has to continue discussions with his colleague Minister of Justice Rafael Boasman to get immigration on board. The Minister did say that those discussions are ongoing.