Home St. Martin News Network National government, broad based, representative government: what do we mean when we... 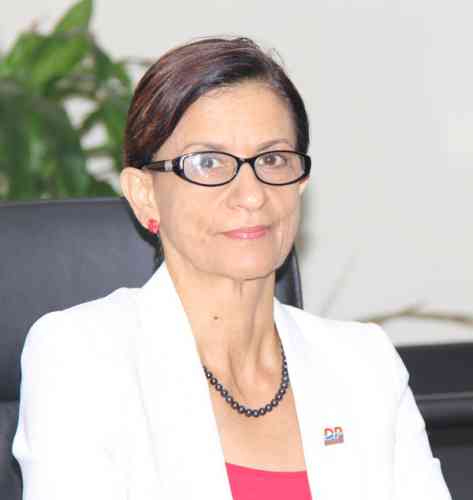 PHILIPSBURG:— The process to form the next government as initiated by the Governor, H. E. Eugene Holiday is taking its course. In fact, the “information” phase is nearing its end. We must also recognize though, the political reality of government formations and the role of political parties in this process says Member of Parliament Sarah Wescott Williams in a press release.
The election results are clear. The UD is by far the biggest party. The people have spoken and want a government that has the stamp of the UD. Needless to say, this will require the support of at least one other party with one or more seats in parliament.

While the buzz is a national government, this term is used by some to describe different political scenarios, which are not necessarily qualifiable as a national government.
The governor’s mandate included “a government that can rely on the largest parliamentary support possible”.
A national government is usually a government on a higher level or a national coalition, one in which mostly the bigger parties participate and historically this happens in times of crises; A broad base government is a government that includes the views of different political parties or groups and possibly include political representatives who articulate these views.
A broad base government is a representative government; representative of different views, groups or parties.
While the governor’s mandate to explore a government formation based on the broadest possible support in parliament can be understood and might even be desirous, a legitimate parliamentary majority is 8 or more seats. More importantly than the number of seats is the commitment of the supporting party/parties to a clear vision for St. Maarten. Stability is a focal point of this vision. Parties should have a shared vision and be committed to its execution. As to the so-called Free Mandate of Members of Parliament, I don’t believe this is as sacrosanct as some hold it to be. What needs to be addressed is whether we will promote a party political system or a personal system, where the emphasis will be on the individual running for or holding office.