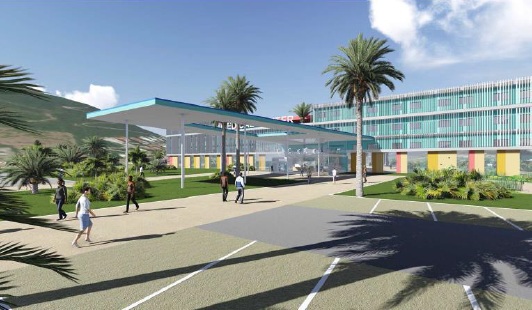 PHILIPSBURG:—— The development of the new general hospital is back on schedule as VAMED and SZV have settled all disputes out of court. The appeal procedures on the injunction ruling of November 26th, 2016 in the case initiated by VAMED against SZV will be dismissed by both parties.

The settlement agreement amount covers the direct and indirect costs, and interest made in connection with the preparation for the Tender procedure, the outcome of the Tender procedure and the court procedures. Both parties see the need for a new general hospital for St. Maarten. The outcome of any appeals rulings, which could take months or years, will result in the delayed development of a new general hospital. With this settlement, SMMC and INSO can immediately continue with the development of the New Hospital for St. Maarten. This settlement has been accepted by the various parties of the Tripartite, being SZV, SMMC and the Ministry of VSA.

“SZV had appealed the judge ruling in December 2016. We do believe that our case is a strong one, but in the end there are no ‘winners’, only losers if a new hospital cannot be built in time for our people. This settlement with VAMED, who we did invite to bid along with others, allows us to move forward with the plans to improve health care services on St. Maarten. This will reduce our expenses for referrals abroad and bring health care close to home which is in the interest of our patients and their families. Having a New and improved General Hospital will also mean less of a logistical issue for SZV to arrange travel, housing, daily allowance, and our patients don’t have to deal with the language barrier, immigration issues and many other issues. The manageable cost of the settlement vs. an annual ANG 30 million on medical referrals is for us a win. ” – Glen A. Carty – Director of SZV

The settlement amount will not become an additional expense for SZV, as SZV is only advancing this amount which will be incorporated into the project budget of the new general hospital that has the regular provisions for unexpected costs under miscellaneous. SMMC is responsible for the construction of the New Hospital, not SZV. The Tripartite will now start to finalize the financing for the project; which had been initiated in 2016 but was halted due to the verdict of the court case between SZV and Vamed. The total project delay is limited to approximately 3 months. It is expected that project financing will be approved within one to two months.

“We are in the business of health care and positively impacting health care services around the world. We wish the people of St. Maarten the quick construction of a new facility that will offer state of the art medical services.” – VAMED

The SMMC and INSO signed the design, build and maintenance contract for the new hospital in September of 2016. The new hospital will be able to expand its services to better serve patients in St. Maarten, Saba, Sint Eustatius, the neighboring islands and tourists requiring medical attention in the new specialisms such as urology, neurology, orthopedics, hematology, ophthalmology and pulmonology in addition to specialties we already have. Capacity demands will be less of an issue as 110 beds will be available and a medivac heliport will also be on-site at the new facility.

“Our patients and staff deserve better, we are all eager and ready for a new hospital. We continue to stress the importance because the quality of care available for our community relies on it. Being able to pick up where we left off and make this project a reality is great news. SMMC is and always has been fully committed to the realization of a new hospital and we are happy that despite the setback we can move forward on a positive note.” – Kees Klarenbeek, Director SMMC

Additional facilities of the new hospital will include; four state of the art operating theaters including one with a (limited) heart intervention lab, a dedicated dialysis center, telemedicine for diagnosis and treatment by specialists abroad.

“I am happy that the development process for the new hospital will continue as previously planned. We have encountered a delay due to the court proceedings but the result of SZV and VAMED coming to a settlement sets the project back on track to serve the needs of the people of the Island. All parties understand that we cannot continue to spend money on disputes and claims while a population suffers in the background, thus the settlement is clearly in favor of the people of St Maarten. No matter how you evaluate the decision, settling the legal dispute out of court is in the best interests of the people. The financial savings by being operational earlier, securing financing sooner, reducing referral abroad, stopping to pay legal fees far out weights the settlement costs. The medical and human benefits to being able to provide a new general hospital with modernized and expanded services are priceless.

The common goal remains the establishment of a new general hospital for the people of St. Maarten that is sustainable, affordable and meets the needs of our population now and for years to come.” – Minister Emil Lee, VSA. 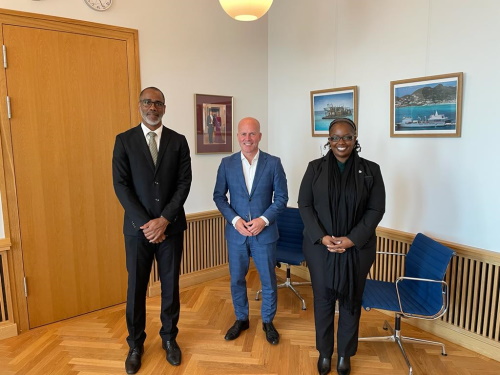 September 23, 2021
0
PHILIPSBURG:--- The main items on the agenda of the meeting between Minister Richardson and State Secretary Knops on Thursday, September 23, 2021, were the status of the discussions with the United Nations Office for Project Services (UNOPS) in connection...
Read more 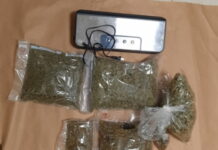