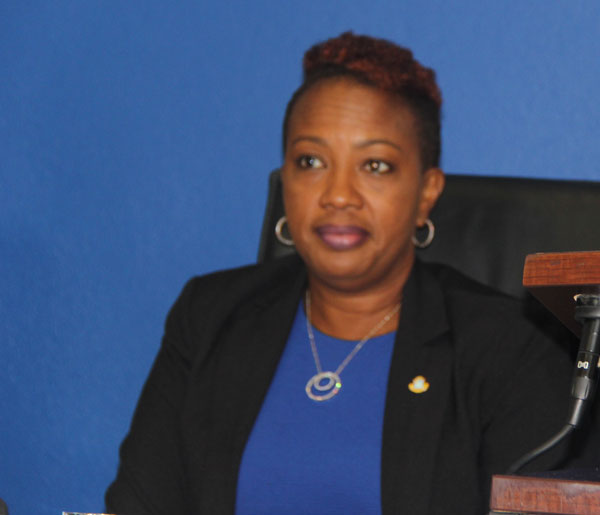 Law on Tertiary Education not finalized.

PHILIPSBURG:— The law on tertiary education has not been finalized and the Minister of Education Silveria Jacobs said she does not even know where the draft law is at the moment.
While this law has to be finalized and adopted by the Council of Ministers and also approved by parliament in order for government to fully finance the University of St. Martin (USM) the management of USM seems to have a lot of waiting to do before they could get full financing from government in order for them to hold the UK accreditation they achieved.
On Wednesday SMN News ask Minister Jacobs about the much-needed financing that USM would need to hold its accreditation. The Minister said that money to fully finance USM was not budgeted. She said despite the budget constraints her Ministry fully supports USM and applauded the current management for their achievements. Minister Jacobs went on to say that when USM submit a request for full financing her Ministry would have to rob when entity to give another. She explained that the 2017 and 2018 budgets have been submitted already and her Ministry got limited funds even though there are several institutions that have to be subsidized.
Minister Jacobs said that she has been in consultation with the management of USM and is fully aware of their plans. She said while not being able to make any promises she is sure that when the time comes should be able to lobby parliament to approve the amendments needed in order for government to continue supporting USM.
Minister Jacobs said already the government of St. Maarten has been notifying students that get study financing from government that they have to start studying at USM if the programs are available locally before venturing overseas. The education Minister further explained that government has several agreements with education institutions overseas that accept the Associate Diplomas from USM. She also made clear that the credits students accumulate while attending USM can be transferred to overseas universities.