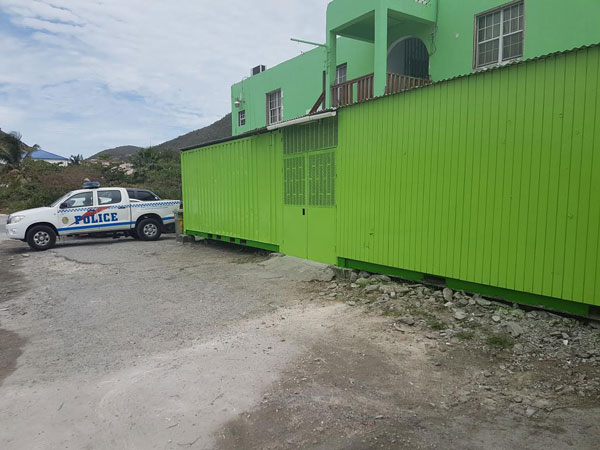 PHILIPSBURG:— On Saturday, March 25th police officers Sharetti Hooi and Lavell Wilson under the guidance of Community Police Officer Helen Romeo along with members of the community and assistance from the department of VROMI launched their beautification project called “Turning the page”. The location where this project was launched is on the crossing of Arch Road and Soualiga road.
The two containers at that location were covered in graffiti were completely painted as the first phase of the project. The second phase would have a beautiful painting done covering these containers. Signs stating “No Loitering and No Littering” will be placed at the location along with garbage bins place by the department of VROMI. 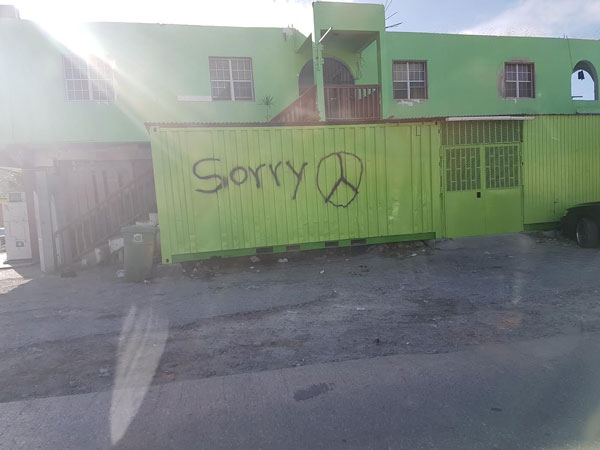 Unfortunately early Monday morning it was clear to see that an unknown person(s) for unknown reasons had maliciously spray painted one of the containers with the words “Sorry”. The Police Department wants to have closure for the family and the colleagues in regard to the tragic passing of their colleague “Gamali Benjamin” and move on to other things. This project is one of those things.
The Police department wants to work hand in hand with all communities on projects that will help to enhance and beautify their neighborhood. This is definitely not the way how we want to deal with this situation. This project will nevertheless continue and be completed.