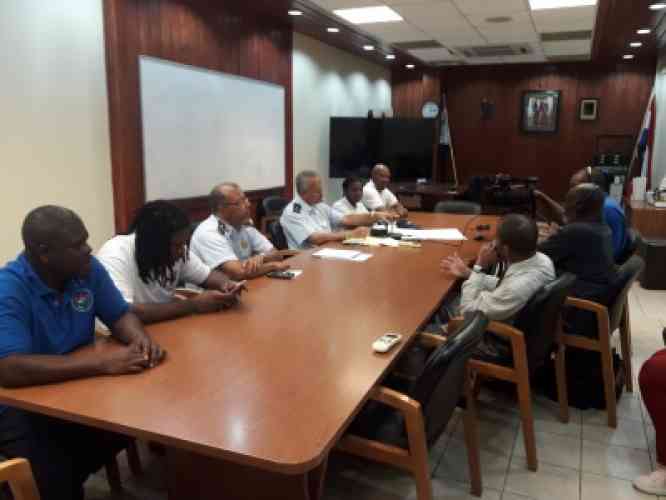 PHILIPSBURG:— On Thursday March 21st colleagues from the French Police Municipal represented by the Chief of Police Jacqueline Rodriguez and the assistant chief Raymond Lake, Ricaldo Gumbs representing the French Carnival Foundation, Arlston Lourens representing the SCDF and KPSM represented by Chief Inspector Benjamin Gout and Rudolph Bloeiman as promised held a meeting at the Police Head Quarters in connection with the Unity Jump-Up which is scheduled to be held on Friday March 22nd. For unforeseen circumstances, no representatives of the French gendarmerie could attend the meeting. The Unity Jump-up which is expected to pull a very large crowd