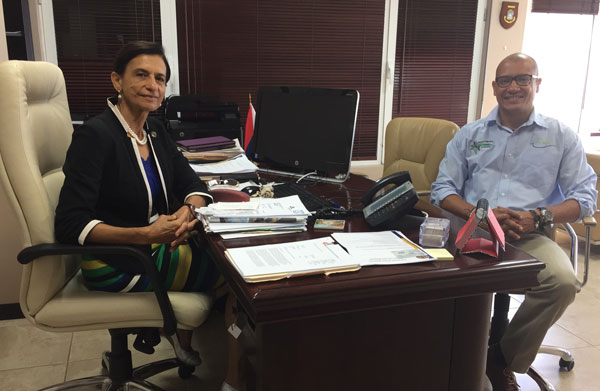 PHILIPSBURG:— This meeting week of Parliament includes yet another post-hurricane Irma issue, this time it is the Simpson Bay Lagoon and other waters of St. Maarten. The President of Parliament has indicated that hurricane Irma matters, and especially the recovery of the country will take center stage in the coming weeks and months.

The salvage activities in the Simpsonbay Lagoon and those to be undertaken have been very much in the news, following the dreadful realization of the huge number of boats that sank in the lagoon and other waters of St. Maarten. It is envisaged that this will create an environmental disaster of unequaled proportions and the Nature Foundation has sounded the alarm.
Even to the casual observer, it is evident that the underwater spillages and leakages due to the damage these boats have incurred could cause irreparable damage to an already stressed lagoon.

This meeting is scheduled for Friday, October 27th at 4:00PM and Nature Foundation’s Manager Tadzio Bervoets has been invited as an independent and advisory body to present the state of affairs to the members of Parliament.

Press Release from Office of President of Parliament