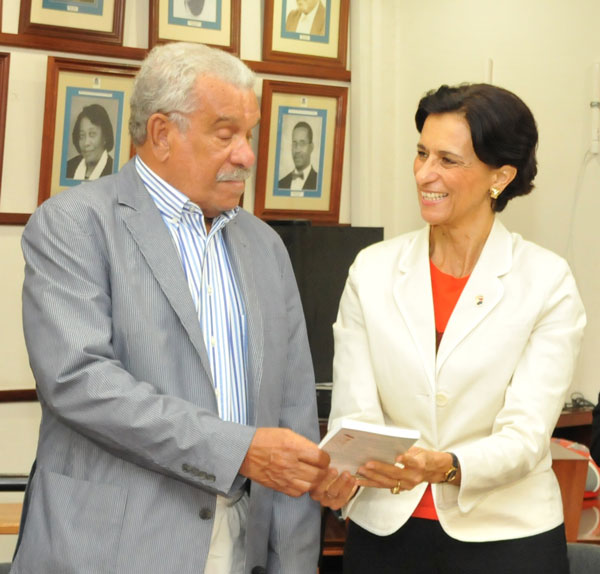 PHILIPSBURG:—  President of Parliament Sarah Wescot-Williams expresses condolences to the family and friends of the late Sir Derek Walcott who passed away on March 17th.
“In my capacity as Prime Minister, I was privileged to meet with Sir Walcott on more than one occasion and exchange thoughtful insights regarding his work and the region that he loved and wrote about. The ancestral tapestry of the Caribbean region was his literary bed.
I am sure that many in the literary world and even more so here in the Caribbean and on his home island of St. Lucia, will be deeply affected by this loss. He has however left us with numerous pieces of work, expressions that incessantly spoke to Caribbean unity and integrity. He was a prodigious poet/playwright.”

“I would like to express my most heartfelt condolences to his family and I wish those affected by this loss much strength and guidance, knowing that Sir Walcott has left a lasting legacy for St. Lucia, the Region and the world.”

Photo: President of Parliament, Sarah Wescot in her capacity as Prime Minister during a courtesy visit with Sir Derek Walcott in June 2011.