PHILIPSBURG:— The Sint Maarten Christian Party welcomes the two proposals made by President of Parliament, Sarah Wescot-Williams, to improve the functioning of Parliament. One proposal increases the transparency and accountability of parliamentarians towards the voters and the other proposal improves the communication between parliament and the people. Unfortunately, our legislative representatives are not legally bound to inform the people about what is going on in parliament. Yes, via the public plenary and committee meetings we can get to know what is happening. But we must not forget that committee meetings can also be held behind closed doors, which has been happening quite often. The 2015 Transparency International Report expressed great concern about the flow of information from parliament to the public. The report further states that information coming out of parliament is very limited and not consistent and that the people and even parliament itself, have no way of holding our parliamentary representatives accountable other than when opportune in times of elections. It is, therefore, commendable that the President of Parliament has decided to hold public consultations every other week. Unfortunately, the other fourteen parliamentarians are not obliged to follow her example, but we truly trust that they will see the need to do so and follow suit.

On March 27th, I submitted a letter to the Honorable President of Parliament, giving several suggestions as to how to improve communications between parliament and the people. Here are two of the suggestions. Monthly press briefings: in order to keep the people informed about what parliament is doing, I propose that once per month the President of Parliament and chairpersons of the permanent/ad hoc committees hold a press briefing. The President of Parliament can inform the people as to what has transpired in parliament and what the plans are for the coming month. The committee chairpersons present can also inform the media of their activities. Weekly meetings with a Minister: in order to keep parliament and the public abreast of what is taking place at the executive level of government, I propose that, weekly, a minister is invited to share information, based on questions submitted by members of parliament a week in advance. In the U.K., it is called the Prime Minister’s Question Time and in the Netherlands “het weekelijkse vragenuurtje”. In these parliamentary sessions, only the Prime Minister answer questions. However, I propose that, according to a schedule, all ministers get the opportunity to participate in what I call the “Ministers’ Q&A”.

The President of Parliament’s proposal, to have members of parliament disclose all their functions, is a giant step towards raising the level of integrity, transparency, and accountability of parliament. Transparency International, as well as Bob Wit’s Integrity Report, expressed great concern regarding this topic. The Wit Report proposed that parliament set up a public registry in which all functions, that parliamentarians are involved in, are registered. The proposal by the President of Parliament to strike the word “public” from Article 107 of the Election Ordinance is a fast and easy way to begin to improve transparency and accountability in Parliament. I urge the President to work on this matter immediately because if this amendment is presented close to election time parliamentarians can drag their feet on it and it might not be ready in time for a new parliament. MP Wescot-Williams, the chairperson of the Ad Hoc Committee of Integrity, has raised the issue of public disclosure of functions several times in committee meetings but our honorable MP’s apparently do not want to deal with this issue. However, in the interest of promoting accountability, integrity and transparency in public life our Parliament should expand and amend its Rules of Order or establish a separate Code of Conduct that discloses “all relevant interests that a reasonable person might think could give rise to the perception of influencing behaviour between the Member’s duties and responsibilities and his/her personal interests (eg land and property assets, share-holdings, gifts, foreign travel, symbolic rewards (e.g. honorary degree), sources of income, remunerated employment, directorships, liabilities, hospitality and affiliations). These shall be disclosed immediately the following election and continuously updated within a reasonable period specified by the parliament above a specified threshold”. This listing of disclosures was taken from “Recommended Benchmarks for Codes of Conduct applying to Members of Parliament”, published by the Commonwealth Parliamentary Association (www.cpahq.org).

In order to raise the level of integrity in parliament, in government and in the civil service, it is imperative that Sint Maarten establishes a separate independent Integrity Chamber. The Minister of General Affairs, the Honorable William Marlin, believes that the tasks of the Integrity Commission can be delegated to one or more of the High Councils of State. His pet phrase is “we can fix we”. As I have written before, these Councils are advisory bodies and were not intended or designed to execute controlling and supervisory tasks. Take for example the General Audit Chamber. It executes its task, sends its reports to parliament which, up to this point, has never discussed or followed up on the advice of this Chamber. This is evidence that “we cannot fix we”.

I am calling on Parliament to be critical of the Governing Program which only outlines what Government plans to do but makes no mention of when, where and how Government intends to execute the plans and how much it will cost to realize these plans. The governing program is also silent, with regard to the sequencing and priority of its plans. Parliament, this governing program does not provide you with sufficient information to enable you to perform your controlling and monitoring task as a supervisory body. 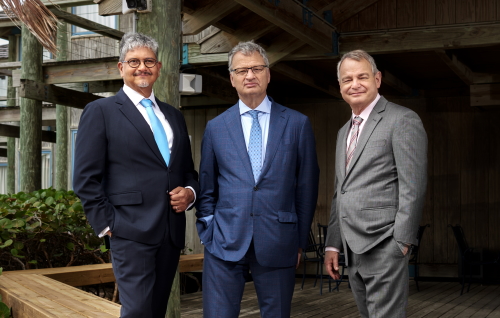