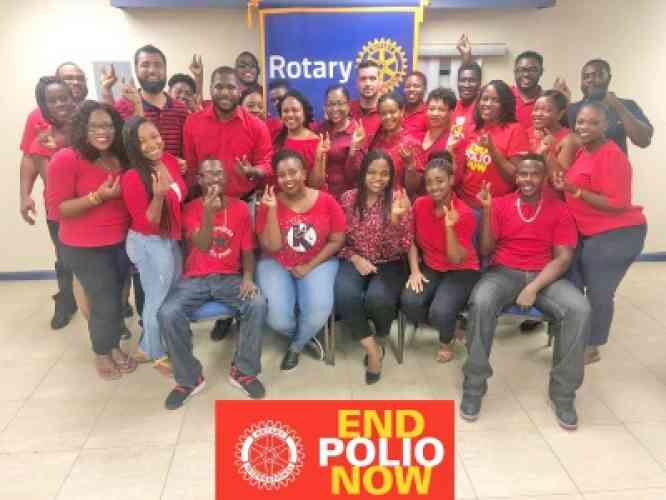 PHILIPSBURG — World Polio Day is October 24, and the members of the Rotary Club of St. Martin Sunset conducted a vigorous awareness campaign highlighting this life-threatening virus. Poliomyelitis (Polio) is a paralyzing and potentially fatal disease that still threatens children in some parts of the world. In 1985, Rotary launched its PolioPlus program, the first initiative to tackle global polio eradication through the mass vaccination of children.

The members of the Rotary Club of St. Martin Sunset used World Polio Day as an opportunity for the global polio eradication community to renew its promise to every child at-risk from this preventable, paralyzing disease and to realize a polio-free world for future generations. The club turned to various forms of social media by posting images of members displaying the, “This Close” symbol, facts about Polio and ways in which one can contribute to the PolioPlus fund. The club has also made a commitment to eradicating polio by collecting “happy dollars” amongst its members for the month of October and November. The funds collected will be sent to the PolioPlus fund via Rotary International.

While on St. Martin and many other countries Polio is just an “ancient” virus, there are still many that are contracting and suffering from this still very live virus. Today, there are only three countries that have never stopped transmission of the wild poliovirus: Afghanistan, Nigeria and Pakistan. More than one million Rotary members and friends of Rotary have donated their time and personal resources to end polio, the club stated.