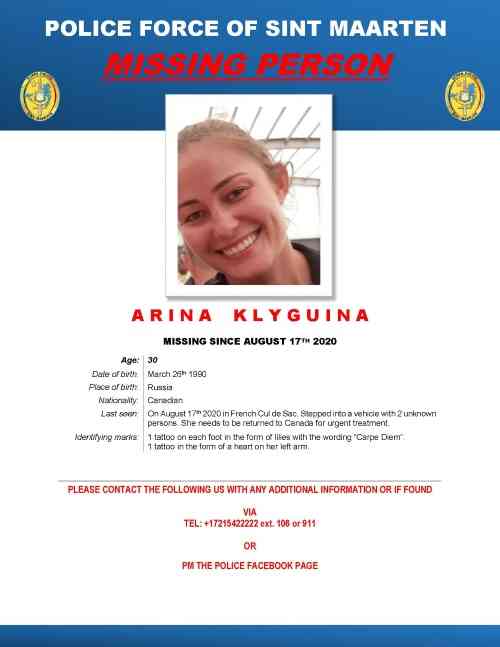 PHILIPSBURG:— On Wednesday, August 19th, 2020 a report of “Missing person” was filed at the Philipsburg Police Station by the husband of the lady, named Arina KLYGUINA, who was born in Russia on the 26th of March 1990.
Arina KLYGUINA, who is a Canadian citizen, was last seen on August 17th, 2020, stepping into a vehicle with 2 unknown persons in the French Cul-De-Sac area.
Arina has a tattoo of a water-lily on her feet with the wording “Carpe Diem” around it. She also has a tattoo in the form of a heart on her left arm. <br