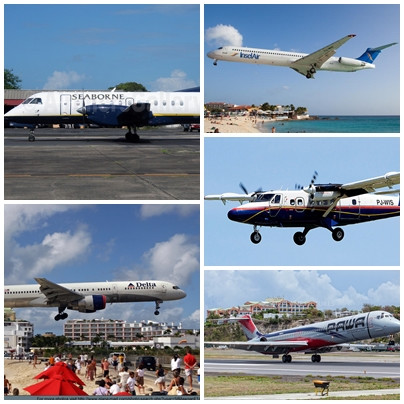 PHILIPSBURG:— Head of the St. Maarten Tourist Bureau Rolando Brison on Thursday said that discussions with all airlines pertaining to resumption of service to the island is ongoing with some already indicating that service will resume as soon as the airport is open on October 10.

He said Delta Airlines, Seaborne, Pawa Dominicana, Insel Air, Winair have all indicated that they will resume service per October 10, with Seaborne code sharing with American Airlines, JetBlue and Delta. Other airlines, he said, will more than likely announce their service over the next few days.

As for those airlines that had already announced that they have canceled service for a few months, Brison noted that discussions with these airlines will continue and could possibly result in a different approach from these airlines.

Brison acknowledged that some airlines have rescheduled their service to the island after the storm but re-iterated that airlines suspending service to a destination after a natural disaster is expected, especially when the hotel inventory of the destination is very low. However, he explained: “This doesn’t mean that we cannot engage with the airlines

Considering the level of destruction to St. Maarten’s hotel properties, the airport and overall infrastructure, Brison said, airlines will always consider the level of their service. What’s important, he stressed, is to maintain open lines of communication with airline partners and maintain a balance of current airlift.

“Flights will always be directly proportional to the number of rooms a destination has, so some airlines cutting back for the time being is totally to be expected,” Brison said. What is important for us is to maintain a sufficient balance of airlift to supply the now reduced number of hotel rooms we have available. Based on our discussions so far, once the country is ready to accept commercial airlift.

“We actually have a higher amount of interest in flights versus the amount of room inventory, though some of this is to support the hub function that SXM Airport will continue to retain for the surrounding islands,” he added.