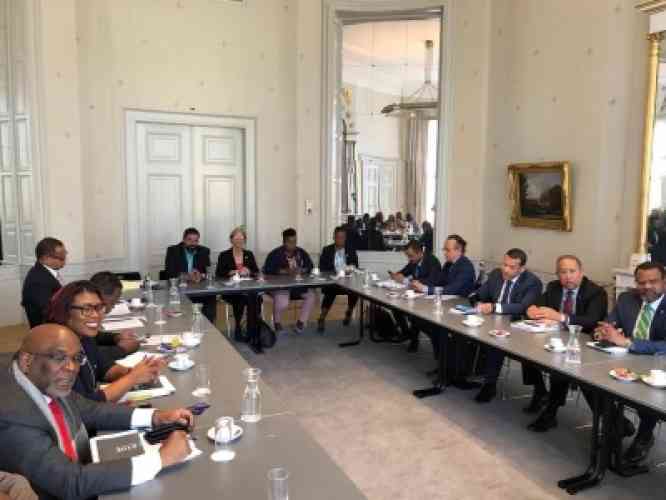 For these meetings, the delegation members were