11U: M. L. King vs Hillside: 3 – 10.
M. L. King Goal Scorers  Kemani Rize #14 (3)
Hillside Goal Scorers  Disean Madngarpi #41 (5), Shaquan Rogers #40 (3), Damier Coffie #39 (1), Deante Hassell #38 (1).
The second match of Day 5 was played by the Under 11 of Martin Luther King and Hillside. M. L. King had a great first half from a technical and physical point of view, showing their motivation in more than one occasion. The first half ended indeed 3 – 2 for M. L King. Hillside, who maybe deserved to score more during the first half, showed great character and completed an impressive comeback, winning the game 10 – 3 after being one goal down at the end of the half. Hillside’s striker Disean Madngarpi, scored 5 goals and can be appointed as man of the match.
Man of the match  Disean Madngarpi #41

Sr. Regina Stars Goal Scorers  Gavin Peterson #63 (1), Ismael Gonzales #43 (1), Jayden Hinckfoot #80 (2).
M.A.C Goal Scorers  Amani Micheal #11 (1), Daniel Hobgood #7 (4), Kartik Sharma (2).
Man of the Match  Daniel Hobgood #11.
The third game of the Interscholastic Tournament Day 5 saw other two 11U teams playing against each other: Sr. Regina Stars and M.A.C. The game started with an early goal from Sr. Regina Stars, who was showing good skills and knowledge of the game. M.A.C, however, did not let themselves be caught unprepared and soon reorganised the defence, so that a more attacking approach was possible. Thanks to this, they conducted an excellent first half and scored an astonishing 7 goals, with the first half ending 1 – 7. In the second half, the Sr. Regina Stars tried to achieve a comeback and scored 3 more goals. In the end, M.A.C conserved their lead and won 7 – 4 against Sr. Regina Stars.

9U: Hillside vs Leonald Connor: 0 – 7.
Hillside Goal Scorers  /
Leonald Connor Goal Scorers  Roshad Edwards #6 (2), Kyle Watson #4 (3), Anthoney Sulal #10 (1), Shamar Weekes #13 (1).
The first 9U match of the day saw Hillside facing Leonald Connor, in a match with high stakes since the winner could have positioned themselves in the top part of the table. Hillside seemed to be controlling the match during the first half, but did not find their way to the goal. Leonald Connor did, and closed the first half on a 5 – 0 lead. During the second half, the pace slowed down and fatigue was arising. As a consequence, more space opened up for the attackers to score. Roshad Edwards and Kyle Watson, Leonald Connor’s number 4 and 6, took advantage of this and scored two goals that increased the lead to 7 – 0. Hillside, certainly deserved to score at least one goal, given what they have been showing on the pitch.
Man of the Match  Kyle Watson #4.

9U: M.A.C vs Learning Unlimited: 3 – 0.
M.A.C Goal Scorers  Harrison Hogbood #5 (2), Ray Thomas #6 (1).
Learning Unlimited Goal Scorers  /
The second match of the 9U category has been played between M.A.C and Learning Unlimited. The first half was surely uneventful, ending 0 – 0. It was clear that both teams were taking the least risk possible, while trying to score on counter attack or free-kick. The second half, has indeed been more exciting, with M.A.C having the better start with two good shots that however did not find the goal. M.A.C lastly scored three goals and showed some other impressive plays, thanks also to the good partnership between Harrison Hogbood and Ray Thomas, respectively number 5 and 6. Learning Unlimited can be satisfied with their game, but surely deserved more luck in this game.
Man of the Match  Maxime Gibbs #18.

13U: Hillside vs M. L. King: 2 – 3.
M. L. King Goal Scorers  Keisha Rize #6 (1), Surahya Blair #8 (1), Edelbert Sparen #3 (1).
Hillside Goal Scorers  Rovais Panka #10 (1), D’Shanne Nozelin #1 (1).
Man of the Match  Keysha Rize #6.
The second-last match of Day 5 of the Interscholastic Tournament has been played between Hillside 13U and M. L. King 13U. Hillside entered the pitch with more motivation and ensured two early goals to close the first half on a 2 – 0 lead. M. L. King, who had been defeated on Day 4, did not lose confidence and started playing on another level from the first minutes of the second half on. Their confidence was shown in their plays and movements, where more than some risk was taken to try achieve a comeback. M. L. King’s midfielder with the number 6, Keisha Rize, scored the first goal and supported the team throughout the whole second half, lastly by assisting his teammate for the goal that sealed a 3 – 2 victory in style.
13U: Ruby Labega vs Learning Unlimited: 10 – 0.
Ruby Labega Goal Scorers  Yovel Alexander #12 (1), Malcom Spence #4 (7), Brandy Arnaud #5 (1), Gavien Barnes #3 (1).
Learning Unlimited Goal Scorers  /

The closing match of Day 5 of the SMSEF Interscholastic Tournament was played by two 13 Under teams: Ruby Labega and Learning Unlimited. Ruby Labega, had a serious advantage during this game, since Learning Unlimited had only four players available. This, lead to a win for Ruby Labega, who could cover the field and control the game. However, the spectators appreciated and supported the Learning Unlimited players, who showed great sportsmanship by giving their best and playing with determination until the end of the game. In addition, they created some potential goal situations, where luck did not fully assist them. In conclusion, Ruby Labega won 10 – 0.
Man of the Match  Kemchandani Pavan #19 . 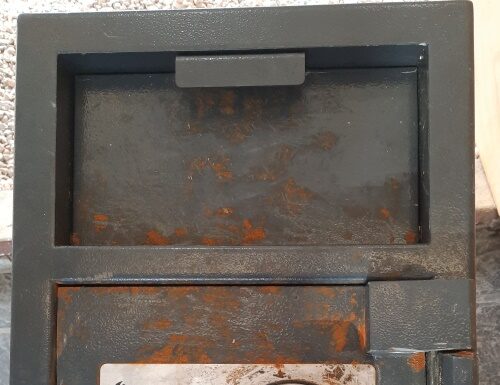 January 21, 2021
0
PHILIPSBURG:— On Wednesday, January 20th, 2021, the Central Police dispatch received a call from a resident living alongside the Simpson-Bay Lagoon on the Airport Road about a safe that was found in the Lagoon. Due to the difficult location of...
Read more

January 21, 2021
0
PHILIPSBURG:— On Wednesday, January 20th, 2021, the Central Police dispatch received a call from a resident living alongside the Simpson-Bay Lagoon on the Airport...

Two arrested for knife attack on the Van Romondt Steeg that took place on...

January 21, 2021
0
PHILIPSBURG:— Officers of Sint Maarten Police (KPSM) raided a home early Thursday morning located in the area of “Over The Bank” looking for two...

January 21, 2021
0
PHILIPSBURG:— Officers of Sint Maarten Police (KPSM) raided a home early Thursday morning located in the area of “Over The Bank” looking for two... 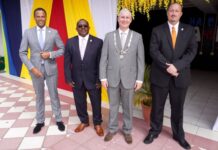