Over the years, the St. Maarten Lions Club has grown and currently has more than 50 members. In the year 2000-2001 Lion Lisandra Havertong served as our first female President. The present President for 2017-2018 is Lion Alison Busby who will serve until June 30, 2018.

Our club is known by the community for its many projects and fundraising activities amongst others; The Annual Lion Wally Havertong Christmas Bingo Spectacular, Lion Nelson Van der Linde Senior Citizens’ Party, Lion Rudy Hoeve Health & Wellness Fair and the Student Excellence Program
This year due to the many challenges on the island after hurricanes Irma and Maria, President Alison Busby was forced to adopt the regular projects and activities. Rebuilding St. Maarten is the new theme proposed for this rest of the Lionistic year for 2017 – 2018. In January the club will continue with activities and projects towards helping rebuild the community of St. Maarten.

The President, Board, and Members of the St. Maarten Lions Club would like to thank the business community and also general public for their support of the club’s 47 years of existence. 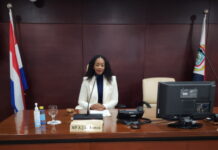 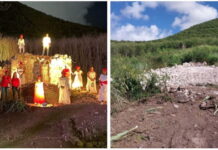 Urgent Public meeting of Parliament with the Minister of Justice for...