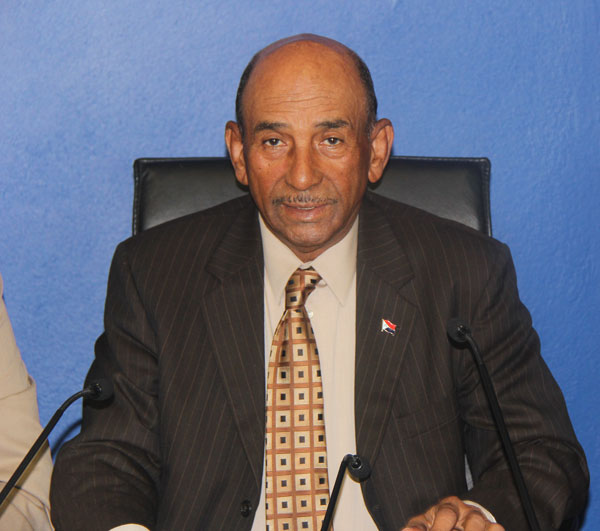 PHILIPSBURG:— Minister of Finance Richard Gibson Sr. announced at the weekly Council of Ministers Press Briefing that the Moody’s report is now published and St. Maarten got the same rating as 2016. He said that in the published report St. Maarten got a BAA2 rating. Gibson Sr. explained that the Moody’s report set the tone for countries to know what they need to do in order to upgrade their credit worthiness.
The BAA2 ratings mean that St. Maarten is at a medium risk but subjected to moderated risk, this also means that St. Maarten’s economy is of low strength.
Gibson said the Bahamas has the same rate as St. Maarten, while Barbados got a lower grade of CAA 2 while they have a high credit risk.
The Cayman Islands have the same the same rating but because their economy is of high strength because Cayman Island economy is good while they also have the tourism sector. The Minister of Finance said that St. Maarten only has a tourism-based economy and if the country had a developed financial sector then St. Maarten would have had the same ratings. According to Moody’s the GDP of St. Maarten is $28,241.00 per capita while the Cayman Islands the GDP is $56,414.00 per capita income. Moody’s also mentioned the resilience St. Maarten has to rebound even after natural disasters. He said while the report is positive the country had a drop of 17% of Cruise Tourism which impacted the country yet St. Maarten managed to present a balanced budget. Gibson said at least one project that does not go well it would impact the country’s economy, thus government is doing everything possible to ensure that the Peal of China project kick off on St. Maarten because that would greatly boost the country’s economy.
The Minister of Finance said he also attended the Caribbean Action Task Force Conference in Trinidad and Tobago, he considered the information disclosed at the conference was an eye opener. So far only two countries that are not living up to its legal obligations to get its legal infrastructures in place. Those two countries are St. Vincent and St. Maarten. He said the CAFTA states that the progress St. Maarten has made since 2012 is unacceptable. Because of this, a high-level mission is expected to visit St. Maarten at the country’s expense.
Gibson said the government is making several efforts to try and avoid the mission that is expected to come to St. Maarten. He said that an agreement has been reached for St. Maarten to get its actions in order by (show substantial efforts) September to avoid the visit and possible sanctions. He said if St. Maarten get to that point then the high-level mission will put off their visit to St. Maarten. He said based on that government started a series of events in order to reach the target date. So far all involved is looking in the same direction.
Besides that, the Minister said that the Council of Ministers has approved the 2018 budget and yet again it was not easy because all Ministries could not get the monies they need to execute the projects they want to work on.

June 26, 2022
0
PHILIPSBURG: --- Now that the Prosecutors Office and KPSM indicated to the Government of St. Maarten that the management of NV GEBE did not cooperate with their investigation as such they were unable to sufficiently establish what the actual...
Read more 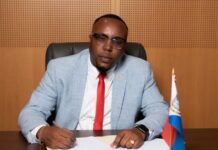 Minister of VROMI says report was sent on Friday but was not yet read....

June 26, 2022
0
PHILIPSBURG:---  In an effort to promote proper hygiene among children, the Rotary Club of St. Martin Sunset donated hygiene kits to students of the...