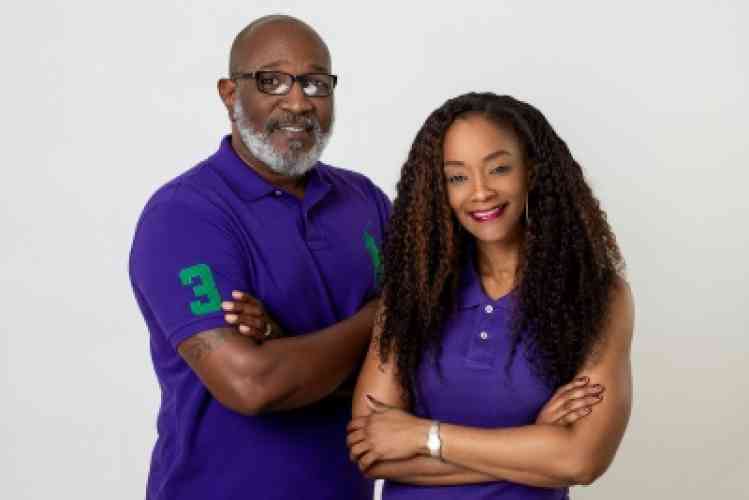 PHILIPSBURG:— November is Domestic Violence Awareness Month (DVAM) and the Safe Haven Foundation (SHF) and former member of parliament, Mr. Claret Connor, are teaming up to shine the light and bring insight to the St. Maarten/St. Martin public about this social ailment that threatens the wellbeing of women, children, and even men.
Since its inception in 1998 SHF has relentlessly tried to bring awareness about DV to the public and serve victims of DV every single day, but November, according to SHF’s Executive Director, Cassandra Richardson, “is the month when we put the floodlights on and really bring the issue of DV and intimate partner violence (IPV) to the forefront.” Richardson goes on to say, “for the last two years we chose a specific aspect or contributing factor of DV to showcase, educate and empower the St. Maarten/St. Martin public. What’s exciting is that we also selected a community partner that impressed us to work alongside in order to build solidarity amongst our St. Maarten/St. Martin inhabitants in efforts to eradicate domestic violence for good. It makes the work lighter, but most importantly, establishes solid sustainable investments in the name of social progress. Mr. Claret Connor is one such individual who has consistently displayed the embodiment of a strong and positive role model in our community. What has motivated SHF in having Mr. Connor as a community partner is Mr. Connor’s dedication to community work, him being a role model to so many young men and women, his value of family, and his love for his people and country?
Mr. Connor has made a pledge to work with the SHF on DV awareness campaigns and DV education and advocacy initiatives. In expressing his enthusiasm to work with SHF, Mr. Connor stated, “I stand in full support with Safe Haven for having the daunting responsibility to care and advocate for victims who have succumbed to the cowardice act of domestic violence. Violence of any kind against women and children must stop and be eliminated from our society!” You will have a chance to hear and read about Mr. Connor and his views on domestic violence and working with the SHF on many upcoming initiatives via various mediums in the month of November. He will share his views on toxic masculinity and healthy manhood, two topics that SHF would like to bring more to the forefront which is hardly critically discussed when DV is challenged. To further emphasize SHF’s strong view against DV and the importance to having it addressed, Ms. Angelique Romou, Chairlady of the SHF impressed, “One in four women and one in seven men have been the victims of severe physical violence from a partner in their lifetime and even more sad, one in five children are exposed to domestic violence each year with 90% of these children witnessing the violence themselves. At Safe Haven, it is our duty and calls to help prevent, eliminate and eventually eradicate violence through our many assistance programs and by providing shelter to women who experience abuse and their children. Our message is loud and clear, we do not and will not tolerate abuse in any form or manner.”

Events for the Domestic Violence Awareness Month are concentrated from November 18th – through the November 26th. Highlights for the month are as follows: an invited-guest-only stakeholders meeting with internationally acclaimed anti-violence and community advocate, Quentin Walcott, and Chief of Police of St. Eustatius, Mr. Robelto Hodge; A key-note address on toxic masculinity and its implications for female abuse being held at the Cultural Centre; An Artivist Day facilitated by young local artist, Charisse Piper, at NIA to create art for the walk the following day”; And the Karuline Water Orange Your World Awareness Walk on the evening of November 25th in recognition of the U.N. sanctioned day of Elimination of Violence against Women and Girls.
To quote Chairlady, Ms. Roumou, please join us in this fight as we invite the community to help us to say ‘No to Abuse because love should not hurt’ ”.
Follow SHF on FaceBook @safehavenfoundationsxm for more details.