Home St. Martin News Network Sunday is World Cancer Day under the slogan “We can. I can”

GREAT BAY (DCOMM):— The global cancer community will commemorate World Cancer Day on Sunday, February 4, with the slogan ”We can. I can”.

Cancer is a generic term for a large group of diseases that can affect any part of the body. Other terms used are malignant tumours and neoplasms.

One defining feature of cancer is the rapid creation of abnormal cells that grow beyond their usual boundaries, and which can then invade adjoining parts of the body and spread to other organs, the latter process is referred to as metastasizing.

World Cancer Day is an opportunity to raise awareness and draw attention to the fact that everyone – individually and collectively – can help to prevent and control cancer.

Every year Collective Prevention Services (CPS), a department within the Ministry of Public Health, Social Development and Labour (Ministry VSA), as part of its annual calendar of observances, highlights and creates awareness about health matters. CPS would like to draw the community’s attention to World Cancer Day.

Cancer can be prevented and controlled by implementing evidence-based strategies for cancer prevention, screening and early detection, treatment and palliative care.

The most common modifiable risk factors for cancer, which are shared with many other non-communicable diseases, are: Tobacco use including cigarettes and smokeless tobacco; Low fruit and vegetable intake; Harmful use of alcohol; Lack of physical activity; Being overweight and obese; Chronic infections from human papilloma virus (HPV) which is sexually transmitted -for cervical cancer, hepatitis B and C – for liver cancer, and H.pylori – for stomach cancer; ionizing and ultraviolet radiation; Urban air pollution; and indoor smoke from household use of solid fuels.

Tobacco use is the single most important risk factor for cancer and is responsible for approximately 22% of cancer-related deaths globally.

To prevent cancer, avoid the risk factors. It is estimated that 30–50 percent of cancers can be prevented by reducing these risk factors. Many other cancer types, notably cervical, breast and colorectal cancer can be detected early and treated effectively through organized screening and early detection programs, and access to timely cancer treatment.

Reach out to local civic groups to learn more about detecting and preventing cancer, as well as to volunteer with their goals and objectives. 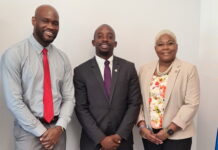