Home Local News The Board of the Philipsburg Jubilee Library (PJL) breaks silence on PJL... 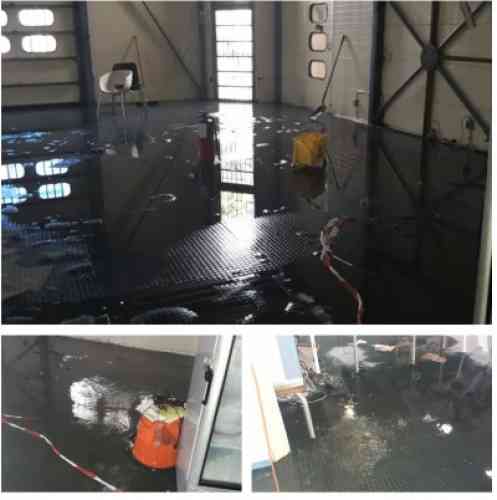 PHILIPSBURG:— In light of the developments and media reports during the last months, the Board of the Philipsburg Jubilee Library (PJL) would hereby like to inform the general public as follows.
More than a year ago, hurricane Irma destroyed practically the entire library building and at least 80% of the library’s books and other media. Despite this disaster, and thanks primarily to the unrelenting hard work, dedication, and sacrifices of the library’s staff and others, the PJL was able to reopen and continue to offer services to the public.
On November 23rd and December 14th of 2017, the Board and Management of the PJL met with the former Secretary-General of the Ministry of ECYS, the former acting Head of Culture, representatives of the Ministry of VROMI and the Head of Facility Affairs about relocating the PJL to an alternative location as soon as possible.
On March 1st, 2018, the PJL Board wrote a follow-up letter to the former Minister of ECYS. On April 6th, 2018, the PJL Board sent another follow-up letter to the Secretary-General of the Ministry of ECYS. Then, in May of 2018, the former Minister of ECYS and her advisors met with the Board and Management of the PJL, and agreed that the Government would take the decision to allocate insurance payments for the PJL towards the rental payments for the temporary relocation of the PJL to the Super Plaza building.
The availability of the Super Plaza building right across the road from the current PJL location was very convenient from a practical and logistical point of view. The idea was to move over before the start of the 2018 hurricane season, in order to prevent further damage to an important part of Sint Maarten’s national heritage, and also to drastically improve the working conditions of the staff.
As also agreed with Government, the temporary move would allow for the demolition of the remains of the PJL and the construction of a completely new, fully accessible, fully hurricane-proof, and modern “National Heritage Center” (NHC) at the current location of the PJL. The funding for the construction of this NHC was included in the initial World Bank reconstruction fund list. It is estimated to take approximately 2-3 years to build and will incorporate the PJL, Sint Maarten Museum, and SIMARC. The latter two accommodations were even more severely damaged than the PJL during hurricane Irma.
The co-location of the three organizations has been ten years in the making, and shortly after the meeting with the former Minister of ECYS, the Boards of the PJL, Sint Maarten Archeological Center (SIMARC) and The Sint Maarten National Heritage Foundation (Sint Maarten Museum) signed a Memorandum of Understanding (MoU) based on which a joint Task Force started the preparations for the establishment of the NHC for Sint Maarten.
However, since said meeting with the former Minister of ECYS five months ago, and after numerous attempts by the Board and Management of the PJL to get a confirmation of the decision of the Government, the temporary move to the Super Plaza building was ultimately rejected by the Council of Ministers. Moreover, the Government recently informed the NHC Task Force that the funding for the NHC was not on the World Bank’s list of projects to be funded, and did not indicate which initiatives, if any, were being considered.
As a result of these developments, the PJL, its staff, and the national heritage in the remains of the building have continued to suffer from deplorable working conditions and the effects of heavy rains and winds respectively. It is also abundantly clear that any minor hurricane passing over Sint Maarten will most probably destroy what remains of the PJL and the national heritage it houses.
The Board and Management of the PJL have repeatedly brought this matter to the attention of the Government during the past months. Pictures and videos of the extreme water damage and deplorable working conditions inside the PJL building after every rain shower have been provided by library staff.
However, despite the verbal support for Sint Maarten’s national heritage by (members of) Government as recently expressed in the local press, genuine interest in terms of concrete action to protect what is left of it, and/or to ensure that it will continue to be easily accessible to future generations, is non-existent .
This is very worrisome and highly unfortunate, especially when compared to the commitment to-, and actual investments in the preservation, promotion, and expression of national heritage in all its forms as displayed by governments on other islands of the Dutch-, and English-speaking Caribbean.
As a result of these developments, the Board of the PJL and the NHC Task Force have decided to urgently seek alternative solutions to ensure the temporary move of the PJL, the continuity of its services to the community of Sint Maarten, the protection of the health and safety of the PJL staff, and the construction of the NHC as soon as possible.
Besides having requested an urgent meeting with the Minister of ECYS and his advisors, contacts with potential sources of funding on Sint Maarten, the Caribbean region, and beyond have been initiated, and consultations with said institutions about their potential participation in the development of the NHC have commenced.
The Board of the PJL looks forward to the cooperation of the Government and the continued support of the general public and all other supporters and stakeholders in moving forward with the plans for protecting the national heritage of Sint Maarten.