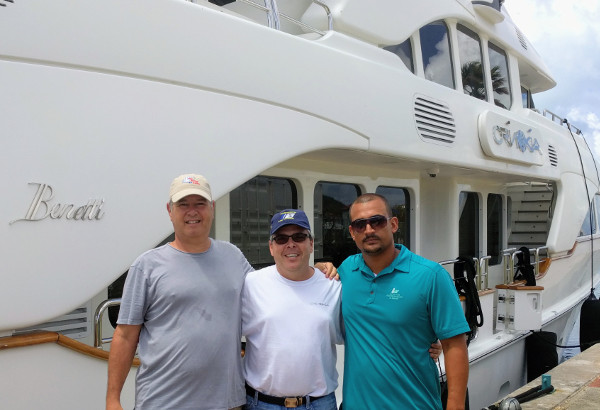 PHILIPSBURG:— The St. Maarten Hospitality and Trade Association is pleased to report that the first megayacht has returned to St. Maarten, leading the way for what we hope to be a recovery of the yachting sector. Motor Yacht Orinokia, a Benetti Classic 120, passed through the Simpson Bay Bridge on Saturday morning and docked at its berth at Yacht Club Port de Plaisance. Orinokia had recently taken shelter in St. Lucia but decided to return to St. Maarten as soon as it was safe to do so. Captain Simon Uzcategui said that both the yacht owner and crew wanted to return to St. Maarten as quickly as possible to express their support and commitment to destination St. Maarten, which is their primary Caribbean base. General maintenance issues that the yacht needs to tend to are best carried out by local St. Maarten companies such as Electec, The Wired Sailor and Necol, that offer better quality services than other destinations in the region, even considering the damage they themselves suffered from the hurricane, added Captain Uzcategui. Orinokia is also expected to re-fuel and re-provision, helping those businesses get back on their feet in this difficult times.
The staff at the Yacht Club at Port de Plaisance, as well as the SLAC bridge tenders, have been hard at work in recent days to clear up a path to allow Orinokia to reenter the marina. Jesse Peterson, General Manager of the marina and vice president of the St. Maarten Marine Trades Association said that cleanup and repair operations are continuing and that the marina expects to be open for business and welcoming visiting yachts in early November.
As in the past, the yachting sector is showing its resilience and its contribution as a major pillar of the economy of St. Maarten, both in bringing in needed revenue from abroad, and in providing employment opportunities to many St. Maarten residents. Reports from elsewhere in the world, including the recently concluded Monaco Yacht Show, are that there is great interest among yacht owners and crew to return to the Caribbean region they love to show their support to the people. 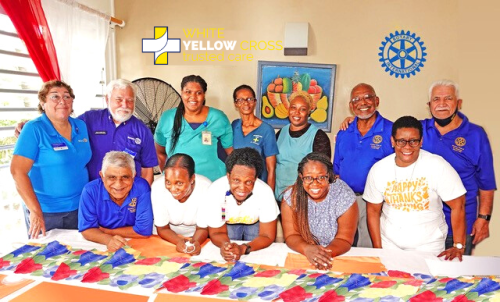 November 29, 2021
0
PHILIPSBURG:--- On 25th November, the Rotary Club of St Maarten treated the clients of the WYCCF to a fantastic Thanksgiving Lunch. The Rotary club has been doing something special for our clients for the last 30 years. In previous...
Read more 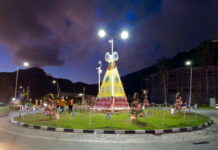 November 29, 2021
0
PHILIPSBURG:--- It’s beginning to look a lot like Christmas at the Cottage Roundabout in A.T.Illidge Road. Members of the Sint Maarten Lions Club volunteered their...

November 29, 2021
0
PHILIPSBURG:--- It’s beginning to look a lot like Christmas at the Cottage Roundabout in A.T.Illidge Road. Members of the Sint Maarten Lions Club volunteered their... 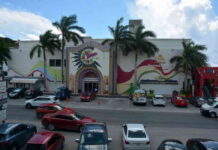