Home Local News The Formation of Parliament and Government. 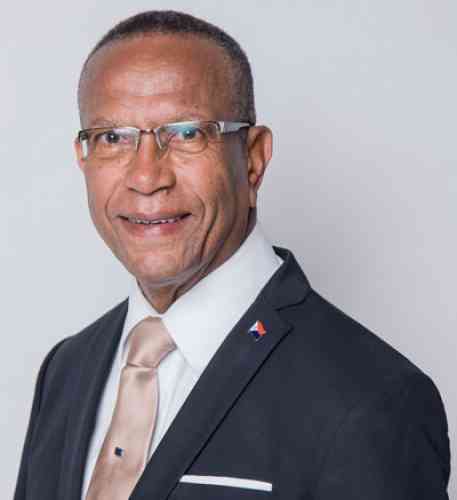 PHILIPSBURG:— On February 26th the people of Sint Maarten spoke by means of the ballot. They said that they do not trust one party with an outright majority and that they still prefer to have a national parliamentary coalition. With the 15 parliamentary seats now distributed among four parties in a 7-5-2-1 composition, the voters have given the political parties a tall order. Listening to the general public, I am hearing that the people of Sint Maarten would prefer a national government, which includes all parties. The Governor, in his assignment to the “informateurs”, referred to the broadest possible based government, which includes as many parties as possible. Of course, each party would have preferred to have obtained 8 or more seats in order to have a majority in Parliament. However, the people have spoken and their voice, according to a popular Latin saying, is the Voice of God. “Populi Vox, Populi Dei”!

At present, Sint Maarten is going through phase one. In the past, phase one was usually skipped. It became normal that almost immediately after the election results were announced political parties, would sign an agreement to form a coalition purely based on numbers. This practice has proven not to be effective because within a matter of months coalition members would realize that they were unable to work together in the coalition. This realization then brought about shifts in parliament which resulted in collapses of government. In the last eight years, we have had several coalition changes in parliament which have led to some seven different governments.

Being very concerned about the recurring instability in parliament and government, the SMCP included stability in its Manifesto as its first point of departure. For SMCP, everything hinges on stability! SMCP went even further and outlined various steps that could lead to stability in parliament and in government. Step one was simply following the procedure of utilizing an informateur in phase one and a formateur in phase two. The informateur’s role is to gather information from all of the winning parties concerning their vision, philosophy, principles, plans, and projects, etc. He/she would then be able to ascertain fundamental differences, compatibilities and common aspects, non-negotiables, etc. among parties. After compiling all relevant information it would be much easier to ascertain which parties would be best able to form a durable coalition for the next four years.

SMCP is pleased to see that the Governor is following the in/formation procedure. On March 1st, 2018, he appointed two informateurs, namely Mr. Jan Beaujon and Dr. Nilda Arduin who are to report their findings as well as their recommendations no later than March 12th. People are so accustomed to hearing which parties “form the government” the day after elections that they are all wondering now what is going on. Let me assure you that even though you do not hear anything, a lot of work is going on behind the scenes. Parties are now required to reflect on how they intend to move Sint Maarten forward once in parliament. The Governor has presented some serious questions which need answers. Questions related to the reconstruction of Sint Maarten, the relationship with the Kingdom, the next hurricane season, the landfill and waste management as well as how to involve the social partners in the rebuilding of Sint Maarten. In addition, SMCP is of the opinion that phase one can also serve as a cool-off period. After all, political parties and their candidates have just campaigned against each other. They may have said negative and disparaging things about each other. If such is the case it is impossible to immediately forge a relationship. Hence, there needs to be a time of reflection and reconciliation. Phase one of the formation process enables party leaders to do this as well as concentrate on what mandates they will give to their MPs in parliament with regard to legislation, supervision of government, budgetary control and interaction with the public of Sint Maarten.

After March 12th the people will hear which parties agree to form a parliamentary coalition and why they believe that they can work together during the coming four years. SMCP is hopeful for a national parliamentary coalition if this is not possible then the broadest possible based coalition. In any case, SMCP is ready to serve the people of Sint Maarten for a change in both the legislative as well as the executive branches of government.

In the following article, I will elaborate on phase two of the government formation process namely, the formation of the executive branch of government, i.e. the Council of Ministers!!