Home Local News The Next “The Law Matters to You” lecture on Constitutional Law, to... 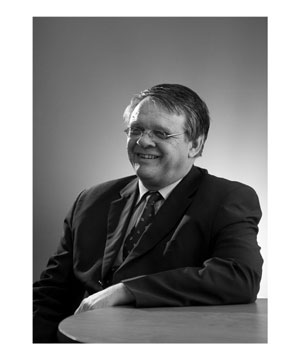 PHILIPSBURG:—- In their series “The Law Matters to You,” the Department of Communication (DCOMM) and the University of St. Martin (USM) is having their fifth law lecture in the area of Constitutional Law.

The Keynote Speaker will be Judge Jacob “Bob” Wit, who has an extensive learning, experience, and specializations in different and distinct areas of the law.

Judge Wit (born 1952) has a Master of Laws degree (1977) from the Free University of Amsterdam. During his judicial training Studiecentrum Rechtspleging, Wit worked in different capacities and areas of law, from being a law clerk to deputy prosecutor to attorney.

His military service (1976-1978) includes being a Second Lieutenant in the Royal Dutch Navy.

After being appointed judge by Her Majesty Queen Beatrix in 1986, Wit worked in numerous capacities as in the Netherlands, throughout the Dutch Caribbean and in the region.

As of 2005, Judge Wit took the Oath of Office as a Judge of the Caribbean Court of Justice in Trinidad. In November 2010, Judge Wit was appointed and sworn in as the President of the Constitutional Court of St. Maarten.

Head of DCOMM Rodney Richardson indicated that the continuation of the “Law Matters to You” lecture series is very important to the community. Judge Jacob Wit will enlighten those in attendance on the Constitutional Court and the Kingdom Structure as it relates to Constitutional Law. “I hereby encourage all persons to take advantage of the opportunity to expand their knowledge on Constitutional matters,” he said.

While President of USM Francio Guadeloupe references the topic as potentially an expansion of the humanistic project of accountability.

The educational value through the Constitutional enlightenment efforts to the community by the judge is important, and should not go unnoticed throughout the different societal levels. What is important is the vetting process that is undertaken; more such has to happen on a daily basis throughout all sections of society, I propose. Come and hear and enjoy the lecture.

The event, which starts at 7pm, is scheduled for September 12 at the University of St. Martin, room 202.

Source: St. Martin News Network
The Next “The Law Matters to You” lecture on Constitutional Law, to be held on September 12.