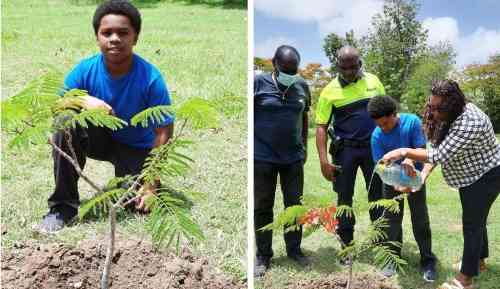 PHILIPSBURG:— The Police Force of St. Maarten remembers Officer Gamali Benjamin, who on this day five years ago responded to a robbery in progress which resulted in him being tragically shot and passing away three days later on August 8th, 2015.

Gamali, better known as Benji to everyone on Sint Maarten, was part of the police force’s bike team. The bike team is extremely effective in Philipsburg, they are often the first to arrive at the scene of a crime in that area.

Benjamin was the first St. Maarten police officer to die in the line of duty, permanently reminding the