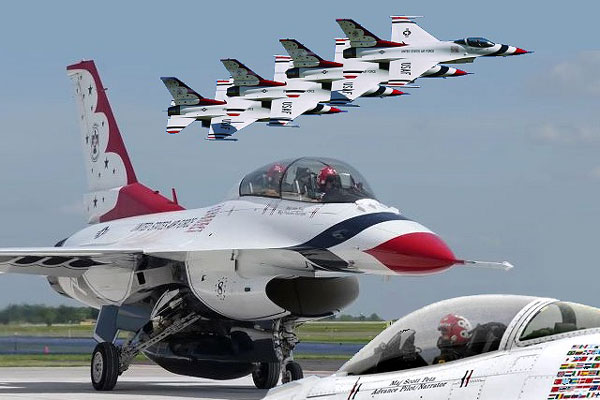 PHILIPSBURG:— At the welcome reception of the Caribbean Aviation Meetup conference, June 13-15, two elite pilots will make a joined keynote presentation called ‘Leadership in Aviation’ and share their vision for the development of professional small-aircraft commercial operations.

Major Scott S. Petz was the Advance Pilot/Narrator for the U.S. Air Force Air Demonstration Squadron “The Thunderbirds”. Petz was better known by his flight crew as “Cheetah” and he flew the No. 8 jet. Major Petz has logged more than 1,800 flight hours as an Air Force pilot; more than 208 of those were combat hours in the F-16 Fighter Jet. As Advance Pilot, his duties included advancing to show sites ahead of the team, coordinating logistical details with the local show organizers, and narrating to the crowd during performances.

The U.S. Air Force Thunderbirds perform for people all around the world demonstrating the teamwork and showcasing the pride, precision, and professionalism of American Airmen. The Thunderbirds fly between their maneuvers done at speeds of 450-500+ mph an hour and get as close as eighteen inches from wingtip to wingtip. The Air Force Thunderbirds are a squadron of 8 highly skilled pilots, who train almost 365 days per year, four supporting officers, four civilians and more than 100 enlisted personnel performing about 30 different job specialties. They perform about 40 formations flying and solo maneuvers in a demonstration.

Lieutenant-Commander Robert Ceravolo is a US Navy US Fighter Pilot and Adversary Instructor with 10 years of active duty, Rob was awarded two Air Medals for missions flying the F-14 Tomcat in support of Operation Iraqi Freedom. After two aircraft carrier deployments and a transition to the F-18E Super Hornet, Rob transferred to shore duty to become an Adversary Instructor in the F-5N in Key West, FL. While still on active duty, Rob attended the Navy’s prestigious TOPGUN Fighter Weapons School Adversary course, returning to his squadron as an air combat instructor.

They will both talk about their experiences, especially the culture and training, and how it is shaping their desire to impact civilian aviation. They feel that with the current need for reliable airlift throughout the Caribbean, combined with a global pilot shortage, the industry needs to focus on development of professional training programs to supply the growing industry with professionals.

About:
The 2nd annual Caribbean Aviation Meetup conference will hold June 13-15 on St.Maarten and is hosted by Princess Juliana International Airport. The Meetup is a results and solutions orientated conference for stakeholders in airlift in the Caribbean. Professionals from various segments of the aviation industry, from the tourism and hospitality industry, as well as representatives of government authorities, will gather to discuss and find ways to improve air transportation and subsequently the positive economic impact on the communities in the region. The conference will feature twenty-six speakers from twenty different countries. For complete information, visit www.caribavia.com