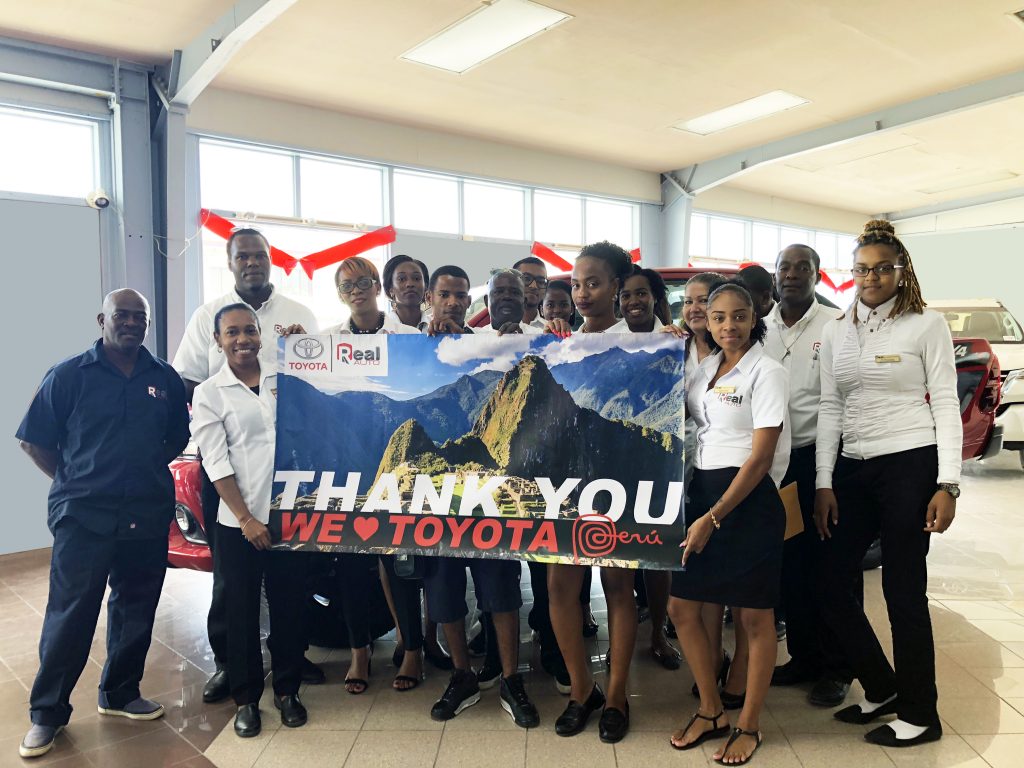 PHILIPSBURG:— Toyota Del Peru has held a Hurricane Irma donation drive among their employees with the result of raising USD 10.000 which has been sent to Real Auto St. Maarten, the exclusive Toyota distributor for St. Maarten.

Real Auto’s General Manager, Felix Nevarez, stated “we cannot be more grateful for the heartwarming support we have received from our Toyota colleagues. Some of our staff members have been hit really hard by Hurricane Irma but still came to work and helped clean up and get us operational again”, he continued. “This has been recognized by Toyota and we are happy to give them some extra relief”, Nevarez concluded.

Toyota has been offering relief and support ever since the passing of Hurricane Irma in September. This support coordinated by Mr. Steve St. Angelo, CEO of the Toyota Motor Corporation’s Latin American and Caribbean Division, included an emergency supply of vehicles from Toyota Argentina as well as additional support via the regional Toyota office located in Miami.