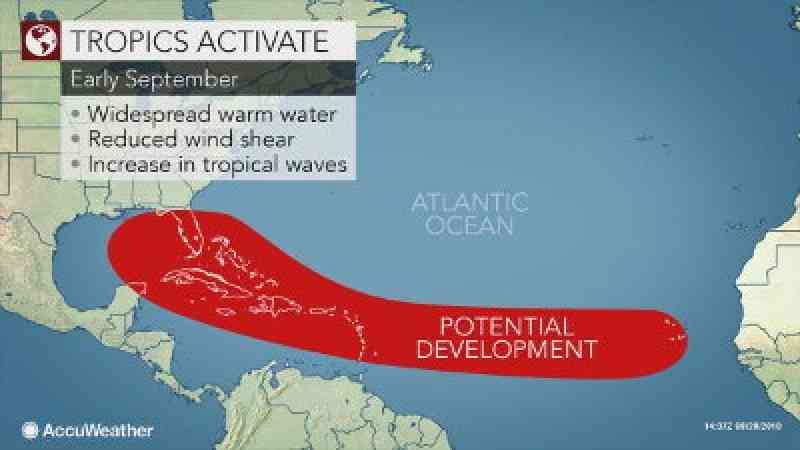 The sleeping giant may be about to awaken.

MIAMI FLORIDA:—Hurricane activity in the Atlantic Ocean, Caribbean Sea and Gulf of Mexico is forecast to ramp up over the next couple of weeks. “Weather models have flipped the switch on the Atlantic hurricane season and see multiple areas of development possible, starting mainly this weekend,” weather.us meteorologist Ryan Maue said.

One storm could spin up in the Caribbean over the next few days and affect Florida over the Labor Day weekend. Looking further ahead, “there is the potential for two or three tropical features spinning over the Atlantic by the second weekend in September,” AccuWeather meteorologist Dan Kottlowski said.

The next tropical storm or hurricane in the Atlantic basin will be called Florence.

One of the reasons for the predicted increase in activity is that wind shear, which tends to rip apart developing hurricanes, appears to be decreasing. “There are signs now that wind shear may drop over a significant part of the Atlantic basin over the next couple of weeks,” said AccuWeather meteorologist Bernie Rayno.

It’s too early to predict exactly where or when any storm might form or whether a storm will affect land areas.

With the peak of hurricane season close at hand, there are signs that the tropical Atlantic may soon spring to life with the potential for direct impact on the coastal United States in the days ahead: http://ow.ly/9wqH30lACKY

“When models start suggesting tropical cyclone development many days in advance in multiple parts of the Atlantic basin, while they might not be right about exactly when and where, it does indicate that the atmosphere is changing and it’s about to get busy overall for September,” Weather Channel hurricane expert Rick Knabb said.

Regardless of what happens this year, 2018 will be hard-pressed to top the calamitous 2017 season, which featured monster hurricanes such as Harvey, Irma and Maria. Overall, 10 hurricanes formed in the Atlantic last year, well above the average of six.

The prediction for a busy September this year follows an unusually quiet August for the Atlantic. For the first time since 2013, no hurricanes formed in August in the Atlantic basin.

“A quiet August does not guarantee a quiet Atlantic hurricane season,” said Colorado State University meteorologist Phil Klotzbach. In 1961, he said, no hurricanes formed in August, but four major hurricanes blew up in September.

This innocuous looking patch of clouds needs to be monitored as it steadily moves northwest, with some chance for development. If you live in the Southeast or along Gulf Coast … stay updated on the forecast. This is not 10 days out. It’s this weekend/early next. #flwx #alwx

September is the peak month for Atlantic hurricanes, recording more hurricanes in that basin than any other month on record, the Weather Channel said.

The calm start to the Atlantic season is a stark contrast to the wild and woolly Pacific season, where 14 storms have formed, including Hurricane Lane, which drenched Hawaii.

Two tropical storms, Miriam and Norman, are spinning in the eastern Pacific Ocean, both far from land. Both are forecast to become hurricanes within the next day or so, the National Hurricane Center said.

Miriam should curve to the north, away from Hawaii, but Norman could have some effect on Hawaii within the next seven to 10 days, Maue said. 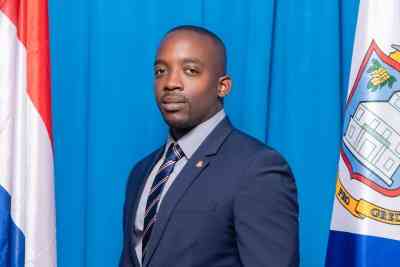 Minister Irion addresses the concerns of the teachers and staff of...

January 19, 2020
0
PHILIPSBURG:--- On Thursday, The Minister of Education, Culture, Youth and Sport went to meet the teachers of the Martin Luther King Jr. school after...

Bank Fees should be justified and approved by Parliament. | SMN News

January 19, 2020
0
PHILIPSBURG:--- The Sint Maarten Insurance Brokers Association is calling on the 15 newly elected members of parliament to go to work soonest and focus on some key issues relating to the financial sector. Besides our own experiences, we have...
Read more

Bank Fees should be justified and approved by Parliament. | SMN...

January 19, 2020
0
PHILIPSBURG:--- The Sint Maarten Insurance Brokers Association is calling on the 15 newly elected members of parliament to go to work soonest and focus...

Plenary Public meeting of Parliament about Question hour related to the sale of UTS....

Plenary Public meeting of Parliament about Question hour related to the... 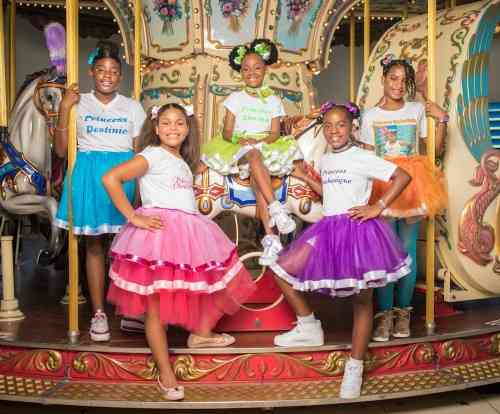 January 17, 2020
0
PHILIPSBURG:--- The St. Maarten Carnival Development Foundation (SCDF) on Friday introduced the contestants for the Junior Carnival Queen Pageant. The pageant, slated to be...

Minister Irion addresses the concerns of the teachers and staff of...

Bank Fees should be justified and approved by Parliament. | SMN...

Plenary Public meeting of Parliament about Question hour related to the...

D-Boat drifts away in Simpson Bay due to bad weather. |...

The 5th International Health and Wellness Tourism Congress has a date:...