Home Local News Working towards a balanced budget and realizing liquidity support should be the...

The CFT board has visited St. Maarten this week.

PHILIPSBURG:—As is usually the case during the visits of the Board of financial supervision to Sint Maarten, meetings were held with the Governor, the Minister of Finance, the Council of Ministers and the Parliamentary Committee of Finance. Cft also met with various stakeholders such as SZV, the tax office, the General Audit Chamber, the Sint Maarten member of the steering committee and with parties involved with the reconstruction. It was the second visit of Cft after the devastating Hurricanes Irma and Maria in September. We acknowledge the extraordinary circumstances in Sint Maarten, but also the strong ability of the people to rebuild their country.
We have had an intensive discussion with the new Minister of Finance, Mr. Geerlings and his staff, during which we spoke about several issues.
Let me start with getting the economy rolling again. It is very important to restart the economy. A recent IMF report projects that real GDP in 2018 will contract by 8,5% in 2018, but importantly also projects that real GDP will be positive again with 2 percent, just above its structural level of 1.9 percent. They hereby assume that cruise passengers arrivals will recover to pre-Irma levels. The reconstruction of the airport, which is a critical gate of entrance for tourist and businesses, is crucial in this respect. This is not only in interest of Sint Maarten but also the other BES-islands Saba and Sint Eustatius. Of course also the Reconstruction Fund administered by the World Bank to which the Dutch Government has pledged 470 million euros plays a vital role in restarting the economy of Sint Maarten. As said earlier, this week we had several conversations on this Fund and the coming weeks and months will be crucial to get the several identified projects going. I cannot stress the importance of getting the economy up and running enough; a boost in economic activity will have a positive influence on government’s finances, and the deficit will shrink.
I will now discuss the budget. Regarding the 2018 budget, we once again expressed our concerns about the precarious liquidity position and the current deficit. Sint Maarten will be in need of additional liquidities soon to meet its financial obligations and therefore a request is sent to the Kingdom Council of Ministers.
Despite the difficult situation, it is important to take measures to achieve a balanced budget again as soon as possible. With this, we refer to our opinion that Sint Maarten should limit the budgeted deficit as much as possible. Cost-cutting measures, broadening the tax base and an increased tax-compliance are of the utmost importance to achieve this. During a visit to SZV their experience with improving compliance was shared with us and we were impressed by that. Furthermore we asked for attention for the sustainability of the pension and health care system, also due to an aging society. We also stressed the importance of the reform of the pension system for the budget 2019, as the premium can be lowered from 25% to 18%.
Efforts were made by Sint Maarten to present various budgetary documents in the last few months. Not only was the budget 2018 finally ascertained by the Governor, also the report on the second half of 2017 and the report regarding the first quarter of 2018 were received by Cft. Although most of these documents were sent to Cft after their deadline, progress is made by Sint Maarten in striving towards these deadlines. The annual accounts for 2013 until 2016 however, are still due.
Although Sint Maarten succeeded in decreasing the backlog in financial reporting, financial management still falls short, which is also directly reflected in the poor quality of the country’s financial statements. Also the IT-problems, which were also there before Irma, continue to exist. We stressed the importance of technical assistance in this regard, since Sint Maarten has not been able to improve financial management and solve the IT-problems on its own. We were informed that Sint Maarten is indeed working on additional capacity to address these issues, but it has yet to be realized. The necessity improving the budgetary cycle becomes also important in order to improve the quality of the reports and thus substantiate the liquidity need for 2018.
As Cft we will be back in Sint Maarten in October 2018. Some changes in the Cft should be mentioned. Sybilla Dekker stops on July 1st and Henk Kamp will be her successor. Maria Plantz-van der Sluis stops on October 1st and the procedure for her successor is ongoing.

Central Committee meeting of Parliament about the advice regarding the installation and composition of the Permanent Constitutional Affairs and Decolonization Committee of Parliament and adoption of report proposal of... 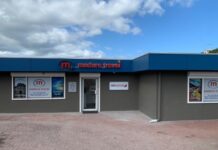 New Year’s Raffle at Maduro Travel to Show Gratitude to its Customers. |...

November 30, 2020
0
PHILIPSBURG:— The Covid-19 pandemic has been and is hurting the tourism sector badly. However, once flights to and from St. Maarten resumed, many customers...

November 30, 2020
0
PHILIPSBURG:— The Covid-19 pandemic has been and is hurting the tourism sector badly. However, once flights to and from St. Maarten resumed, many customers...

Ombudsman concludes investigation into the towing policy of the St. Maarten Police Force. ...

November 30, 2020
0
PHILIPSBURG:— Ombudsman Gwendolien Mossel recently concluded an investigation into the towing policy of the St. Maarten Police Force (KPSM) and its execution in practice. The...

November 30, 2020
0
PHILIPSBURG:— Ombudsman Gwendolien Mossel recently concluded an investigation into the towing policy of the St. Maarten Police Force (KPSM) and its execution in practice. The...