Every year, 3 May is a date which celebrates the fundamental principles of press freedom; to evaluate press freedom around the world, to defend the media from attacks on their independence and to pay tribute to journalists who have lost their lives in the exercise of their profession.

National celebrations take place each year to commemorate this Day. UNESCO leads the worldwide celebration by identifying the global thematic and organizing the main event in different parts of the world every year.

The international day was proclaimed by the UN General Assembly in 1993 following a Recommendation adopted at the 26th Session of UNESCO’s General Conference in 1991. This, in turn, was a response to a call by African journalists who in 1991 produced the landmark Windhoek Declaration on media pluralism and independence.

Advanced preparations are underway for a multi-faceted focus on journalists’ safety and impunity for crimes committed against them, at this year’s global celebration of World Press Freedom Day 2017 in Jakarta, Indonesia (1 to 4 May).

Under the global theme of Critical Minds for Critical Times: Media’s role in advancing peaceful, just and inclusive societies, participants will examine current challenges facing media, including the continuous trend worldwide of attacks against those who bring journalism to the public.

From 1 to 2 May, even before the main programme of the international conference, a safety training workshop will be organized by the Indonesian Aliansi Jurnalis Independen (AJI – the Alliance of Independent Journalists). Supported by UNESCO’s International Programme for the Development of Communication (IPDC) and Norway, the training forms part of a larger project in the region, aimed at strengthening the professional skills of journalists and editors from Timor-Leste.

This capacity building initiative will be complemented by a second safety workshop by the US-based NGO, IREX, on 2 May, focusing on the organisation’s concept of integrated safety that combines physical, digital and psychosocial safety.

In addition, a consultative roundtable will be organized on 2 May to discuss the feasibility of a mechanism for the promotion and protection of freedom of expression and the safety of journalists within the region. Participants will seek to identify the most appropriate modalities for the region – whether a Special Rapporteur, an independent commission, or another modality.

During the main programme from 3 to 4 May, the safety of journalists and the issue of impunity will be tackled by experts from all over the world in three sessions, each providing a different angle on these topics.

One session, titled Journalists’ Safety and Tackling Impunity: How can crimes against media workers be addressed?, is organized by the press freedom NGO International Media Support. In this, panelists will discuss the current global and national mechanisms in place and examine new ways to counter violence against the media.

A third session will examine prospects to implement regional and national initiatives promoting press freedom and safety, in the form a round table titled Press freedom in Southeast Asia: the way forward, organized by the Southeast Asian Press Alliance.

Alongside the main events, a dedicated academic conference bringing together researchers specialized in the area of journalists’ safety is being organized. It builds upon the success of the previous edition in Helsinki, Finland during last year’s World Press Freedom Day.

Within the framework of UNESCO’s Research Agenda on the Safety of Journalists, the conference provides a platform for academic inquiry towards understanding and eventually countering the current trend of violent acts towards media workers. Ms Agnès Callamard, UN Special Rapporteur on Extra-Judicial Summary or Arbitrary Executions, will deliver the keynote.

A number of papers touching safety of journalists are also expected at the 6th annual conference of Orbicom (link is external), the International Network of UNESCO Chairs in Communication over 4-6 May. The event is called “Peace Journalism and Conflict Resolution in the Media” and is co-hosted by the Faculty of Communication, Universitas Pancasila, Jakarta.

The 24th edition of World Press Freedom Day will also see the award of the UNESCO/Guillermo Cano World Press Freedom Prize. More information about the event can be found on the official website. Registration to participate is open until 20 April 2017. 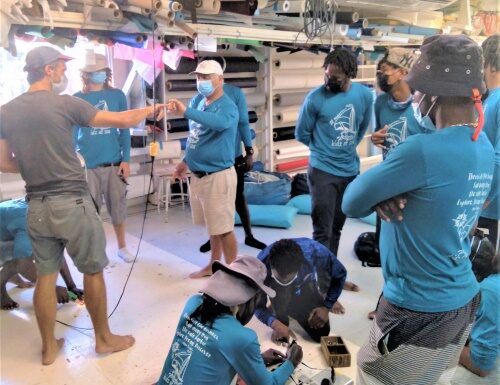 April 20, 2021
0
PHILIPSBURG:— St. Maarten Sail & Canvas N.V. have coordinated with local business’ in helping to train students from the Foundation ‘Kidz at Sea’, to develop the skills needed in the local Marine Industry. The Kidz at Sea foundation primarily...
Read more 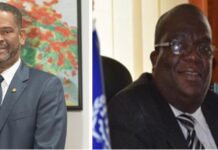