GREAT BAY (DCOMM):— The Consensus Action on Salt and Health (CASH), has been celebrating the 18th National Salt Awareness Week which started on March 20 and concludes this Sunday, March 26.

The theme is: ‘Salt: The Forgotten Killer.’

The objective of the awareness week is to remind people that salt raises blood pressure, leading to strokes and heart attacks and that by simply eating less can lower the chances of dying prematurely.

Collective Prevention Services (CPS), a department within the Ministry of Public Health, Social Development and Labour, said on Friday that it supports the efforts by the Salt Smart Workshop on Designing a Social Marketing Campaign for the Caribbean.

The goal of developing a social marketing campaign that could be used throughout the Caribbean to reduce the amount of salt added to food during cooking and food preparation, as well as to raise awareness.

The groups came up with messaged designed to break through the clutter of health information to create a memorable impact on the attitudes of people throughout the region.

The social marketing campaigns target mothers of young children living in the Caribbean and focus on simplicity, low-cost distribution, convenience for mothers, and changing the social norms surrounding salt.

The final outcomes included having the participants develop campaigns pitches that will be used to seek funding for the projects and as well as plans for how to disseminate the messages through in-country channels.

The workshop held early March was designed and moderated by Bill Smith, Social Marketing Consultant. Participants included multisector professionals from governments, Non-Governmental Organizations, private sector and professional organizations based in the Caribbean, making this a unique workshop that incorporated all membership components of the Salt Smart Consortium.

The words “salt” and “sodium” are often used interchangeably, but they do not mean the same thing. Salt (also known by its chemical name, sodium chloride) is a crystal-like compound that is abundant in nature and is used to flavor and preserve food. Sodium is a mineral, and one of the chemical elements found in salt. Table salt is approximately 40 percent sodium.
Reducing dietary salt is recommended by the recent United Nations Summit to prevent non communicable diseases (NCDs) and the World Health Organization (WHO) to improve population health.

Excess dietary salt increases blood pressure causing approximately 30% of hypertension and is a probable pro carcinogen for gastric cancer and is also associated with kidney stones and osteoporosis.

Where assessed, the salt consumption is more than 5/g day, maximum quantity recommended by WHO. African descent people are particularly susceptible to the adverse blood pressure effects of excess salt.

High levels of blood pressure is a contributory factor in at least 40% of all heart disease and stroke which represent 45 % of NCDs.

Hypertension is a major health risk in the Americas where between 20-35% of the adult population has elevated blood pressure. 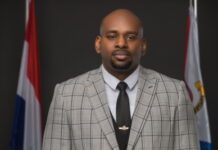