Home Local News Yet another fire on the Dump. 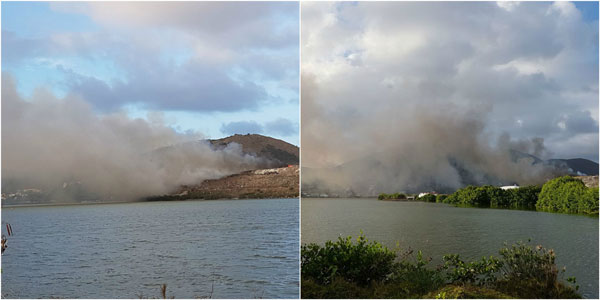 PHILIPSBURG:— Residents and workers on the Pondfill and several other areas that are located in the Philipsburg area have to endure the danger of heavy smoke coming from the dump that is on fire since Wednesday afternoon.
The residents and even government have been complaining about the constant dump fire but so far it seems as though nothing is done to curb or stop the constant fire on the dump.
SMN News tried reaching the contractor that is managing the dump for a comment but they could not be reached.

Source: St. Martin News Network
Yet another fire on the Dump.

January 19, 2021
0
Port of Spain:— Caribbean Airlines advises that effective January 26, 2021, all passengers traveling into the United States of America (USA), will be required...