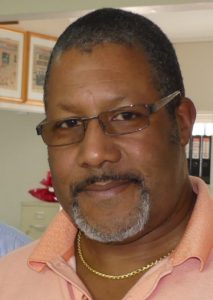 GREAT BAY – “This woman is a loose cannon on deck with no understanding of her role or its limitations,” Managing Director Milo Pinckney says in a further reaction to Minister Silveria Jacobs’ position towards the American University of Integrated Sciences as reported elsewhere on this page.

“The minister’s response is curiously defensive and emotional, not befitting of her role as the country’s chief educator. She displays an irresponsibly limited business acumen evidenced in her difficulty to distinguish two St. Maarten domestic and two foreign US entities with separate ownerships,” Pinkckney notes.

“While it is true that IEMR NV and I, Milo Pinckney, as its representative, satisfied the debts owed by USESOM NV to local creditors in early 2014, it was a show of good faith to the businesses of St. Maarten I looked forward to establish future relationships with. In fact, IEMR NV was deemed not be a successor entity of the bankrupt USESOM NV by a St. Maarten court ruling in 2014. This information was provided to the Minister. IEMR and Milo Pinckney therefore were under no obligation to pay outstanding debts and their doing so does not make them “representatives” of USESOM NV as so confidently claimed by the ignorant minister,” Pinckney says.

Regarding a request for clarity, as Minister Jacobs does, Pinckney says the following. The information regarding the business structure of IEMR, provided prior to the Minister’s office on July 13, 2015 and again to Minister Jacobs on May 17, 2016 in the form of a bound collection of all documents provided all the “clarity” she claims AUIS was resistant to rendering.

“AUIS is without understanding as to why further communication is required when both the ministry and the Department of Education have in their possession all that has been requested for almost a year. Her failure to review or understand the provided documentation evidences either incompetence or willful intention to not understand,” Pinckney says.

The incompetence is not an unsubstantiated allegation, he adds. “In a meeting of May 17, 2016, the minister, in the presence of her legal counsel and several members of her office, presented an unsigned letter allegedly drafted by then Prime Minister Marcel Gumbs directing a ‘dissolution without cause’ of the agreement between Government St. Maarten, IEMR NV,  Pinckney et. al. AUIS requested a copy which she refused to provide. AUIS then went to court and the minister was ordered to provide the letter and sanctioned by the court for her failure to comply earlier. The letter turned out to be simply an unsigned  draft of a letter with no legal authority.”

The minister’s statement “ although IEMR NV dba AUIS is eligible to conduct business on the island, AUIS is not an accredited university nor recognized on the island as is stated on its website” is an intentional malicious and direct disruption of AUIS activities,” Pinckney continues. “Her assertion is invalidated by the fact that AUIS has a valid charter on St. Maarten and therefore by default is recognized. Nowhere on the AUIS website (www.auis.edu) has the claim for accreditation been made. The Minister’s disruptive intent is clear evidence of tortious interference and in representing her office, exposes both she and the ministry to liability and recovered damages by AUIS.”

Pinckney adds that all of his statements are presented in documents (of which this newspaper possesses a copy) . “If the Minister likes, AUIS would be glad to publish them unedited in this newspaper. Her claim of  Pinckney’s comments as being “reprehensible and unacceptable” is paled by her failing to meet the interests of the very students she is charged to protect. Her prideful response to Pinckney’s calling her to task, while she willfully ignores its economic impact to the people of St. Maarten, is the cavalier attitude of a minister failing to do her job and therefore endangering the lives and careers of the youth of St. Maarten.”