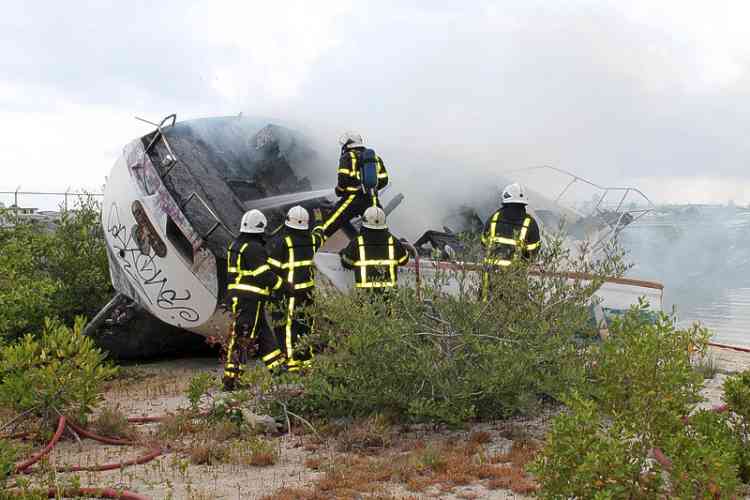 The boat situated close to the Causeway roundabout is visible from the road, its hull covered in coloured graffiti of cat’s faces. The Fire department responded with two fire trucks and the fire was put out fairly quickly. The boat’s interior was gutted by the fire.

The Fire Department spokesman indicated the call came in at 4:40pm. Two fire trucks were sent to the scene but only one truck was used when it was realized it was a small boat fire.

“It took only about 10 to 15 minutes to put the fire out but the firemen had to remain there for a time to be sure there were no embers that would ignite again. We have no idea how this fire started.”