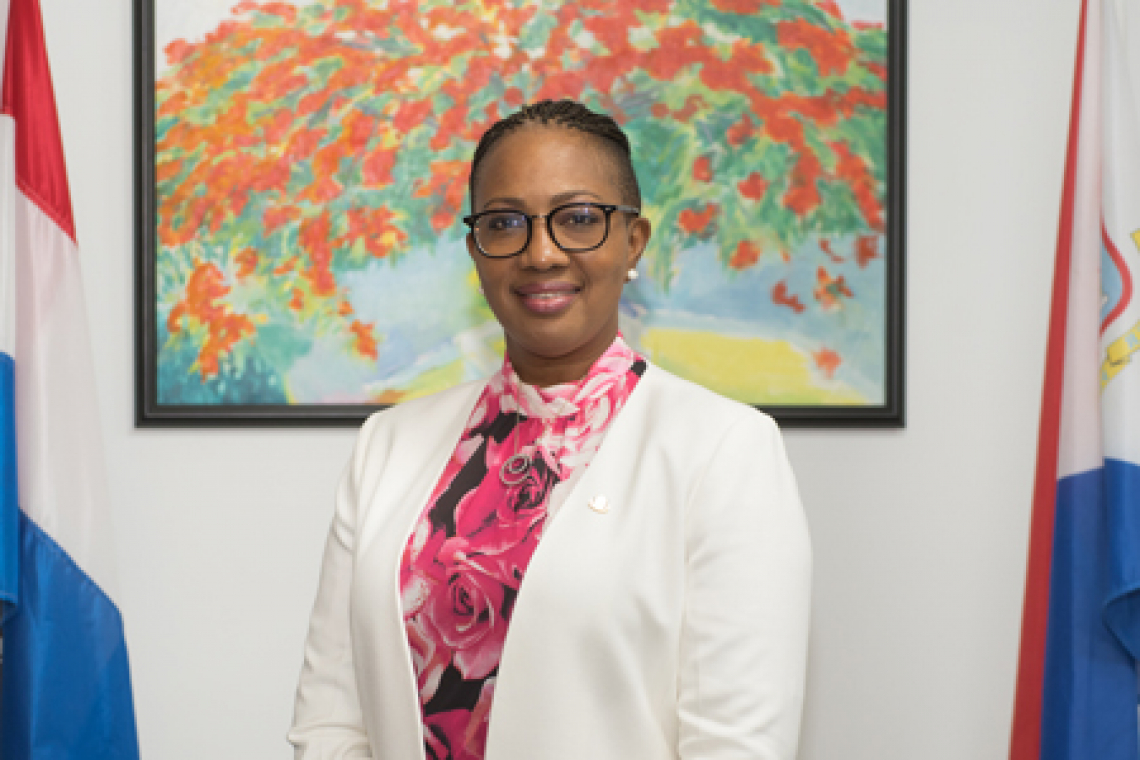 Prime Minister Silveria Jacobs PHILIPSBURG–The Council of Ministers has refuted claims that St. Maarten opposes the reconstruction process as published by Koninkrijks.nu in an article on Friday, September 25.

The article was based on a letter from Dutch State Secretary Raymond Knops to the Second Chamber of the Parliament of the Netherlands.  “The Government of St. Maarten considers this statement incorrect and misleading to the people of St. Maarten and the world at large,” it was stated in a press release issued early Tuesday morning.

“While dealing with a worldwide COVID-19 pandemic and its consequences, the Government of St. Maarten is doing everything possible to ensure that the recovery of St. Maarten remains a top priority in the best interest of our residents.  “The Government of the Netherlands is fully aware of concerns about the establishment agreement as well as the bottlenecks that St. Maarten would encounter with its recovery in regard to the projects, project execution and implementation, as this was an imposed procedure on St. Maarten,” it was stated in the release.

“It is clear that these mechanisms used to manage emergency funds were not the best choice by the Dutch Government. A known challenge for which technical support has been offered to us is the amendments to our tax legislation.  “The Department of Foreign Relations has updated the Council of Ministers that the technical assistance requested regarding the establishment agreement for a World Bank Office in St. Maarten is currently ongoing. Both Ministries of General Affairs and Finance are working diligently to finalise the implementing legislation on fiscal privileges and immunities in order to fulfil the legal obligations of the establishment agreement.

“As such, the Department of Fiscal Affairs is being assisted by the Ministry of Finance of the Netherlands to draft implementation legislation for fiscal privileges for officials of international organisations established in St. Maarten.”

Additionally, the Ministry of Justice is currently providing a temporary solution for consultants and international companies providing services to the National Recovery Program Bureau (NRPB) whereby NRPB is being considered as an extension of the Government of St. Maarten. “Using this approach, the required permits can then be processed in a timely manner once the necessary documentation is submitted.”

Prime Minister Silveria Jacobs stated, “In a quarterly meeting on Wednesday, September 9, I met with the Steering Committee whereby the members expressed their contentment with the commitment of the Government of St. Maarten and looked forward to the decrease in COVID-19 cases, in order to finally attend its first meeting on the island.  “It should be noted that the Government of St. Maarten remains committed to the execution of the Trust Fund projects under implementation and those under preparation. We have identified several focal points within each Ministry and, as such, representatives of these Ministries are consistently working together and cooperating with the project teams of the NRPB to ensure the execution and implementation of the much-needed projects.”